Before we dive in to this week's updates, can I just take a moment to pat myself on the back? I can, and I shall. This is the third week in a row that I have posted an update to Hall of Doors. It's officially a trend people!

This week we've got an update on Prometheus (motherfuckin' transits yo!), an update on Golden Oracle (test print of new cards), and a general message of love, support and community. Let's get to it.

But first, a fun little story. Yesterday my husband (who is working from home due to the outbreak) walks in and asks: isn't today the equinox? I am, at that very moment, frantically coding away on Prometheus so I glance at my screen and say, "the sun transitions into Aries at 5:49 AM our time, so technically tomorrow."

As previously mentioned, I've been working hard on Prometheus and got some key features implemented this week: filtering, transits, and highlighting.

Filtering makes it possible to click on any subset of bodies in the chart and constrain the aspects to only those generated by those bodies. The filter remains active while moving through time which makes it easy to ask questions like: "what is Mars doing over the next week?" Or you can select a set of bodies, for example Saturn and Uranus, then scroll forward through time to figure out when they are no longer square. (Answer: around June 11th.)

The really exciting feature this week, though, was transits. I'm happy to announce that not only are transits in, but they also render in real time (like everything else). And along with transits there is a new highlighting feature, which is kind of like filtering, but only applies to the body under the cursor. Transit relationships are difficult to make out by just looking at the chart so highlighting makes it easy to interactively explore.

And there you have it! The Prometheus parade marches on. I mentioned last week that I will not share any kind of roadmap, however, as proof that I do in fact have a plan, I give you this: 35%. That's the percentage of progress toward the first Prometheus milestone, which will be a limited availability release.

With all this focus on Prometheus you may be thinking that I've forgotten about Golden Oracle. Far from it! And here's the proof: 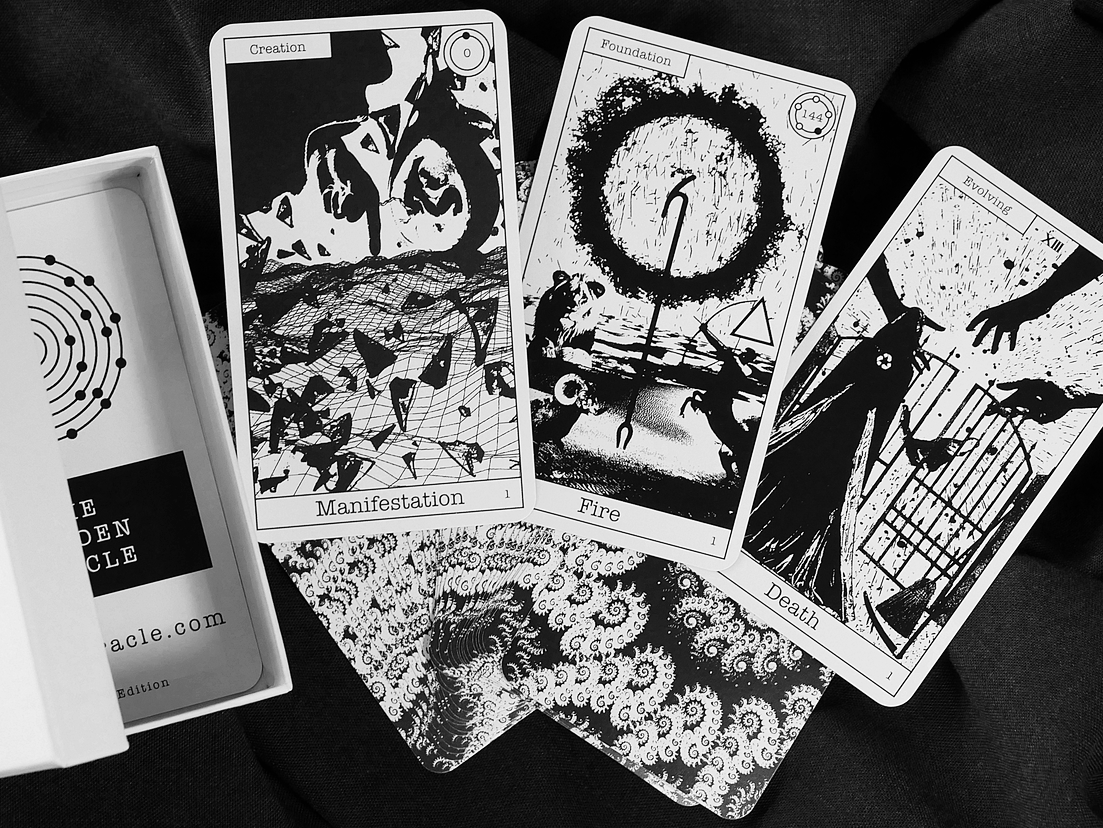 A test print run with the new art, better card stock, and rigid box! There are a few issues (the box is way too big, for example) but the cards look absolutely fantastic on the better stock. I'm really excited about how the second edition is turning out. The second edition book is still in progress and is what I'm doing when I'm not working on Prometheus. No time-frame on the new release, however, I just wanted to let everyone know that I'm more passionate than ever on Golden Oracle.

Go grab your favorite tarot. Now take out The Sun card and put it somewhere you'll see it. On the fridge, taped to the bathroom mirror, stuck to the side of your work-from-home monitor. If you don't have a tarot deck, or don't want to single out a specific card for wear-and-tear, go here and print one. This is your talisman for... however long you need it.

We are in trying times. If you have been paying attention to the omens, then you probably aren't surprised, but that doesn't make it any less intense to be living through. It is easy, if you aren't actively working against it, to reflect back into the maelstrom the fear and anxiety currently ripping its way through our collective human psyche. Try to not. Instead, transmute that fear through your own unique internal fusion, into radiant joy.

Before you jump on Shitbook, or Twitshit, or whatever other shitpile waste dump of human suffering you may be tempted to turn to in these dark times, just look at that Sun card. Is the child holding a cell phone and frantically scrolling through death statistics? Is the horse freaking out and throwing the child off its back? Is the sun withholding it's radiant light?

Embody The Sun. Be the radiant light you are, and share that light with your tribe in whatever way you can.