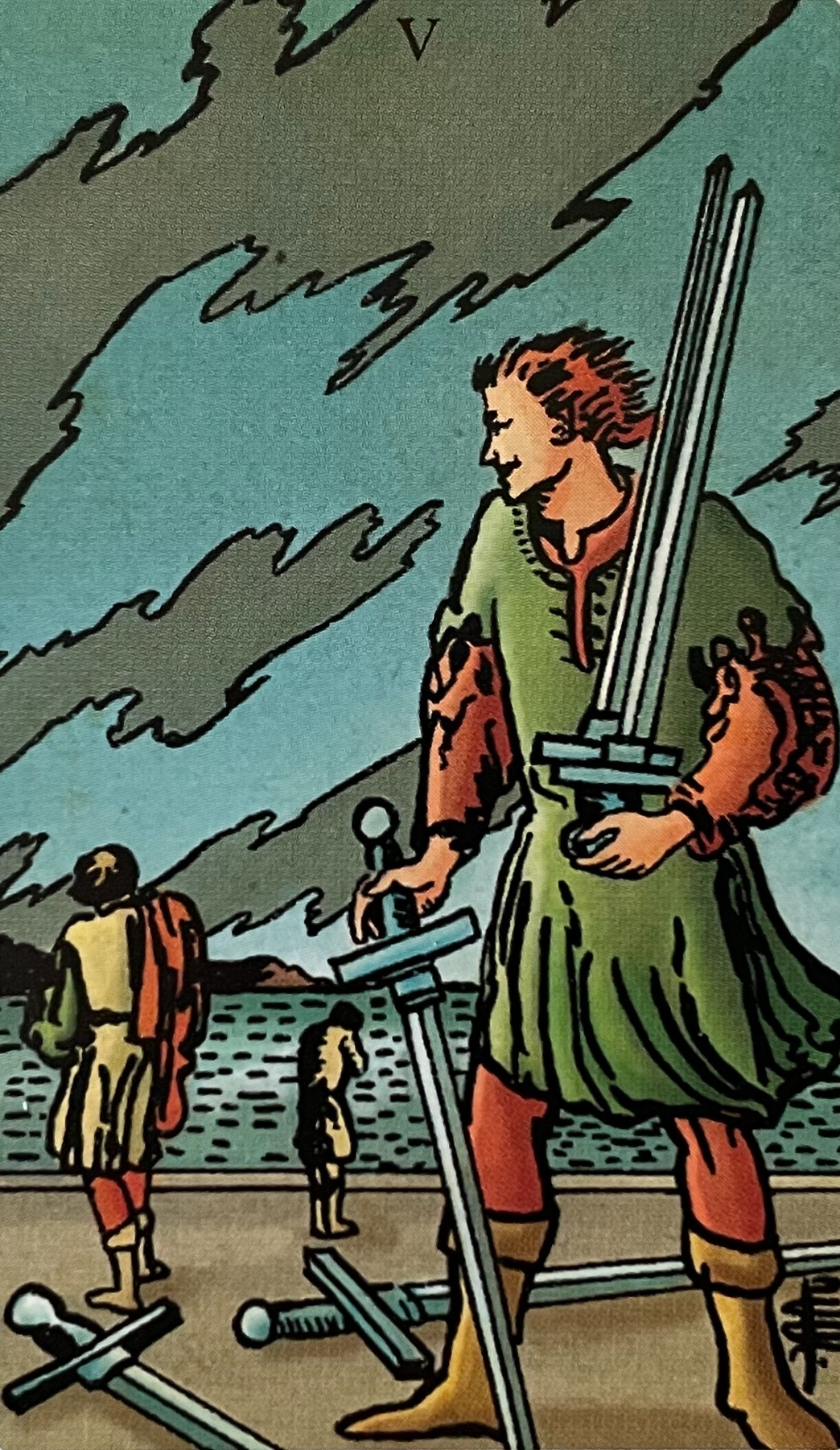 I'm writing this post from a lovely cabin on the Præstø Fjord in Denmark. We are here for Jake's birthday which is in a couple of days (in Aquarius II, in fact). There are a couple of consequences to me being at this location related to this post: 1) I'm on vacation so kinda short posting, and 2) I didn't bring my AT deck (only my compact RWS), so no AT photo this time.

The sign of Aquarius finishes out the suit of swords with the V, VI, and VII. It's kind of insane that I'm only five decans away from the end of this particular decan journey. This year (from Aries I 2021 to Aries I 2022) has gone by so insanely fast, it's insane.

From a tarot perspective, Aquarius I is another odd assortment of cards. Venus rules the first decan of Aquarius giving us the Empress (Venus) + the Star (Aquarius) = V of Swords. It's all a bit cryptic to parse, but I'll give it a go anyway. (Full disclosure: I also left my 36 Secrets book back in Berlin, so no T. Susan Change wisdom this time.) 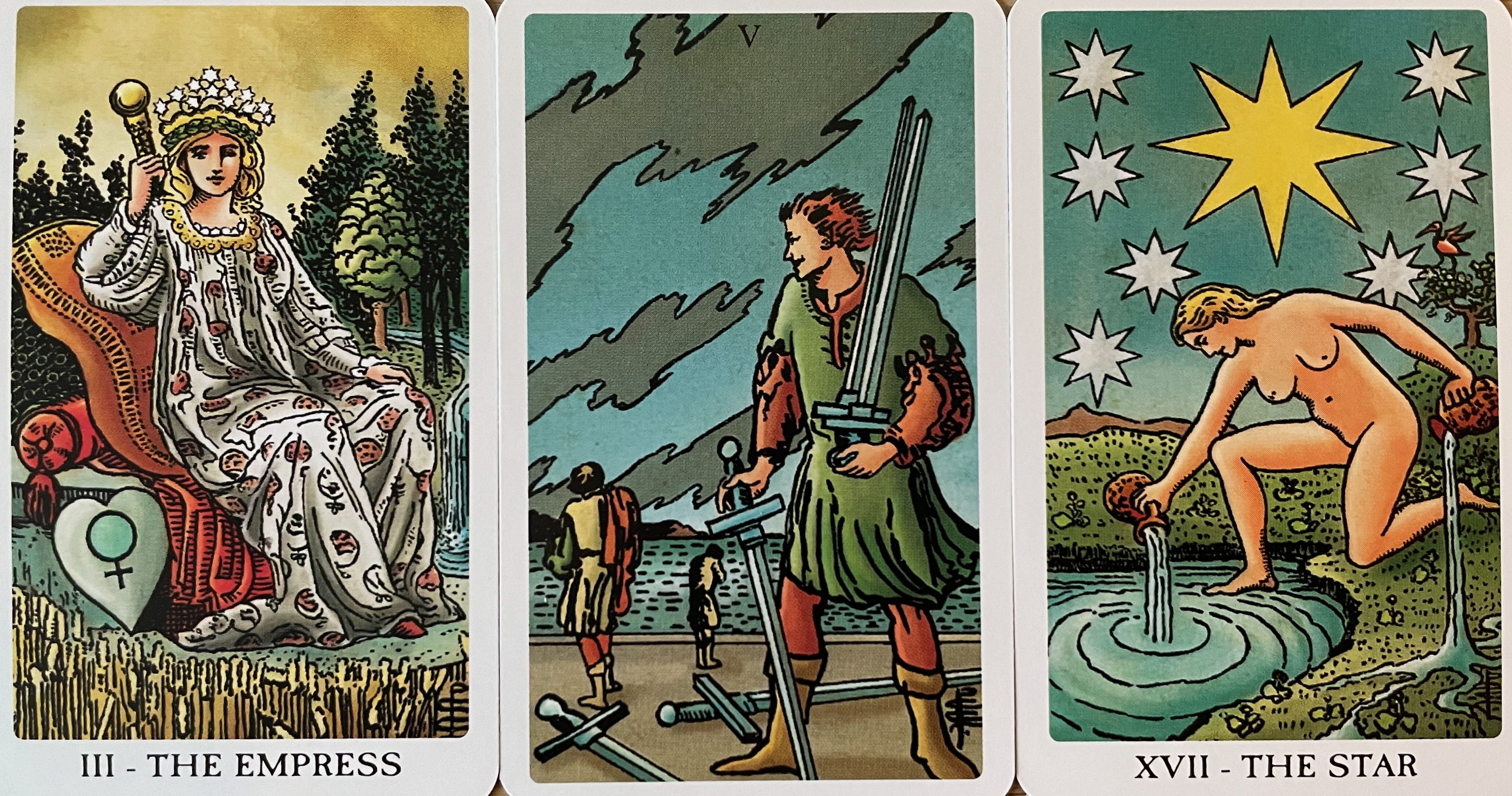 The Star is a really interesting card in the RWS. Josephine McCarthy wrote about the Benu bird on the sycamore tree in the background of this card in her excellent Tarot Skills for the 21st Century which really highlights the many layers of symbolic meaning baked into the RWS cards from a variety of magical traditions, but particularly ancient Egyptian. The Benu (Bennu, Egyptian self-made creator deity) is associated with beginnings and emerging out of the darkness. It's the light that guides the magician forward after the trials of purging the ego. In a Christian context the Star is the force that leads the magi to Mary, and to where the savior will be born.

On the other side of the V of Swords we have the Empress: symbol of femininity, abundance, and the universal mother. How do these two majors illuminate the meaning of the V of Swords? The common interpretation for the V of Swords is conflict and the separation of winners and losers. Conflict is a zero sum game. In the card we see the clear winner collecting the prizes of their victory while two other figures (presumably the losers) hobble away tending to their wounds. So the question is: who do you identify with in this image? With the smug victor, or with the forlorn losers?

The secret of this card is that it is one of the "stage" cards in the RWS. The whole thing is a staged drama. It is very easy to get sucked into the dramas that unfold in our lives and to cast ourselves as either the oppressor or the oppressed. But it's all a show. That's what the Empress and the Star are telling us here. The Empress supports us like a mother while we make our way through the dramas of life, while the Star guides us up and out.