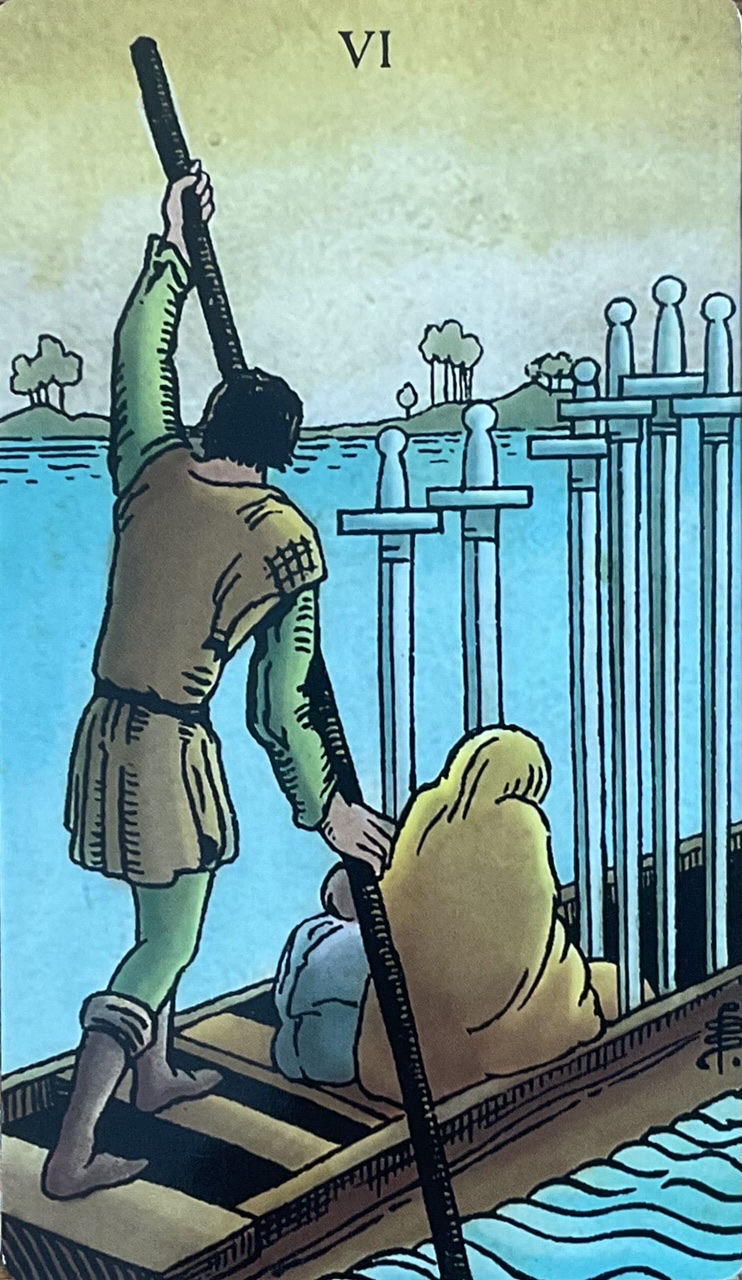 Sometimes the best thing you can do in a situation is just get the hell out. Sometimes things are just so borked that you have to pack up your family, your belongings, and take the leap of faith to head for greener pastures.

No one ever wants to leave their homeland. Unfortunately humans are terrible, vicious, and greedy. The wealthy and powerful are rarely satisfied with their wealth and power and must always accumulate more, no matter the cost to others.

Aquarius II is ruled by Mercury so we have the Magician with the Star. There’s definitely a silver lining to the shitty situation of fleeing. 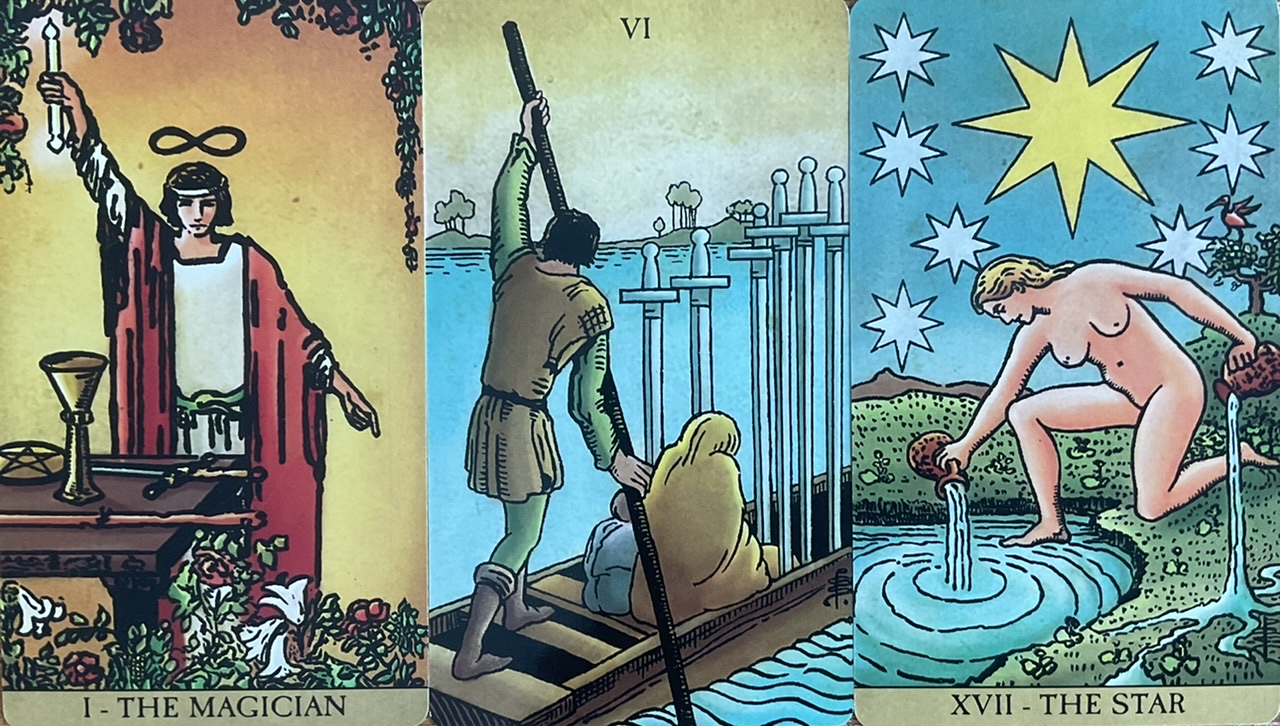 In the Tarot de Marseilles the Magician is Le Bateleur: the juggler or stage magician. It wasn’t really until much later that the juggler becomes the magus. In games played with tarot cards, the Bateleur is the lowest ranking trump just above the unranked Fool. Instead of the ridiculous Golden Dawn idea of the all—powerful magus, we see instead a resourceful street performer doing what they need to do to survive.

Getting out of a bad situation, like the kind of bad where you literally have to flee for your life (and the life of your family), requires extreme resourcefulness. You do what you have to do. However, the VI of Swords isn’t just heading off in a random direction. The Star is there providing a guiding light that leads to something better. They are navigating away from the rough waters behind them and into something better by the light of the Star. The Star is the force that lights the way after a leap of faith. 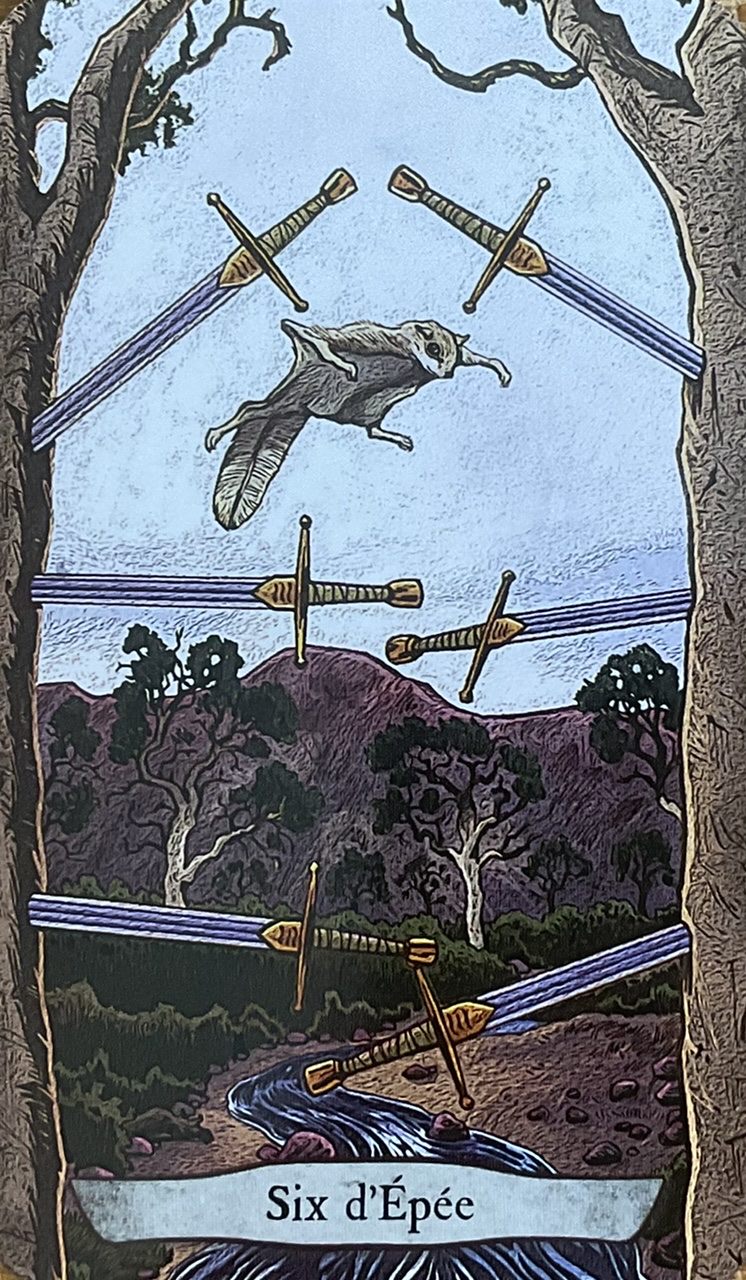 In the AT VI of Swords we see a flying squirrel flying/floating from one tree to another over a river. The flying squirrel knows how to use what it has (resourcefulness) to flee a dangerous situation.