Aquarius III: Too Clever by Half 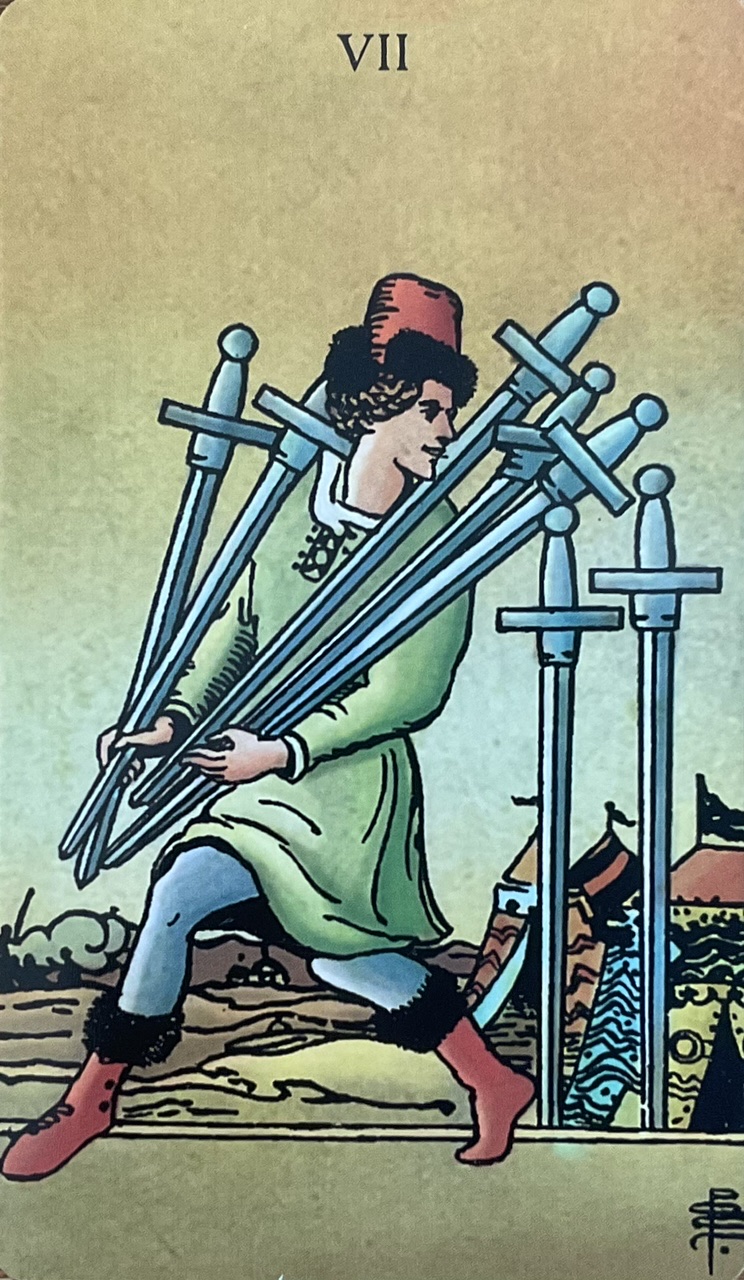 "Shrewd but flawed by overthinking or excessive complexity, with a resulting tendency to be unreliable or unsuccessful." Nowhere in the suit of swords are the machinations of the mind more obviously folly than in the VII. The necessary resourcefulness of the VI has turned into outright brazen shenanigans.

Discernment is the ability to identify what is necessary. Poor discernment seems to be an ongoing problem of those afflicted with a prefrontal cortex. The VII of Swords reminds me of Amélie (from the movie) forever creating overly complex strategies to cleverly avoid doing what is necessary while still appearing to be doing something. There's a great deal of effort and production value, and not a lot of progress.

I've worked with a good deal of people that are perfectly described by the VII of Swords. People that appear to be extremely busy yet somehow never actually get anything done. It's the theater of appearing busy. There's a good reason the VII of Swords is one of the RWS stage cards.

Fortunately there is a way out. The same intelligence and wisdom (The High Priestess) used to create the illusion of productivity can be harnessed to become actually productive. The Star can lead you out of silly town and into an authentic engagement with your fate. 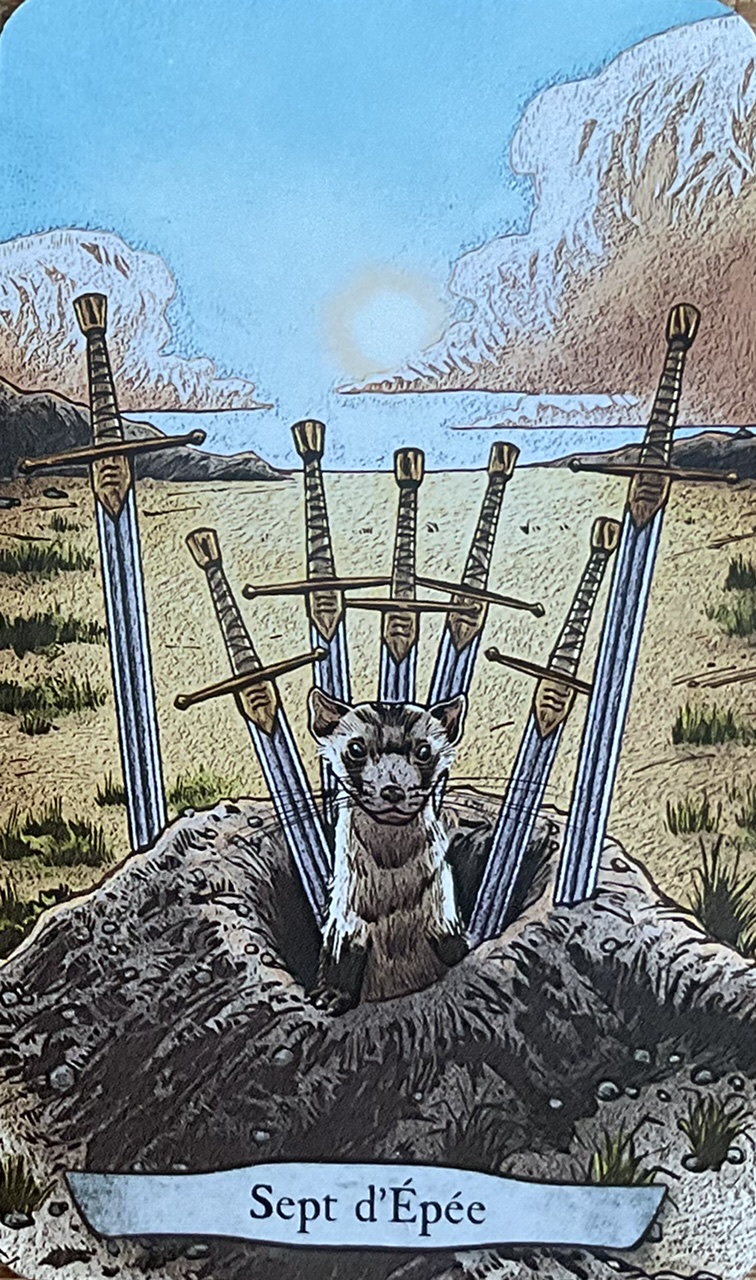 In the AT VII of Swords we have another view on the folly of mental gymnastics. Ferrets are the animal embodiment of "too clever by half". They will steal anything and move it to their nest, even if it's extremely dangerous, like a sharp sword or a broken bottle (true story). They can't help it though, it's in their nature.