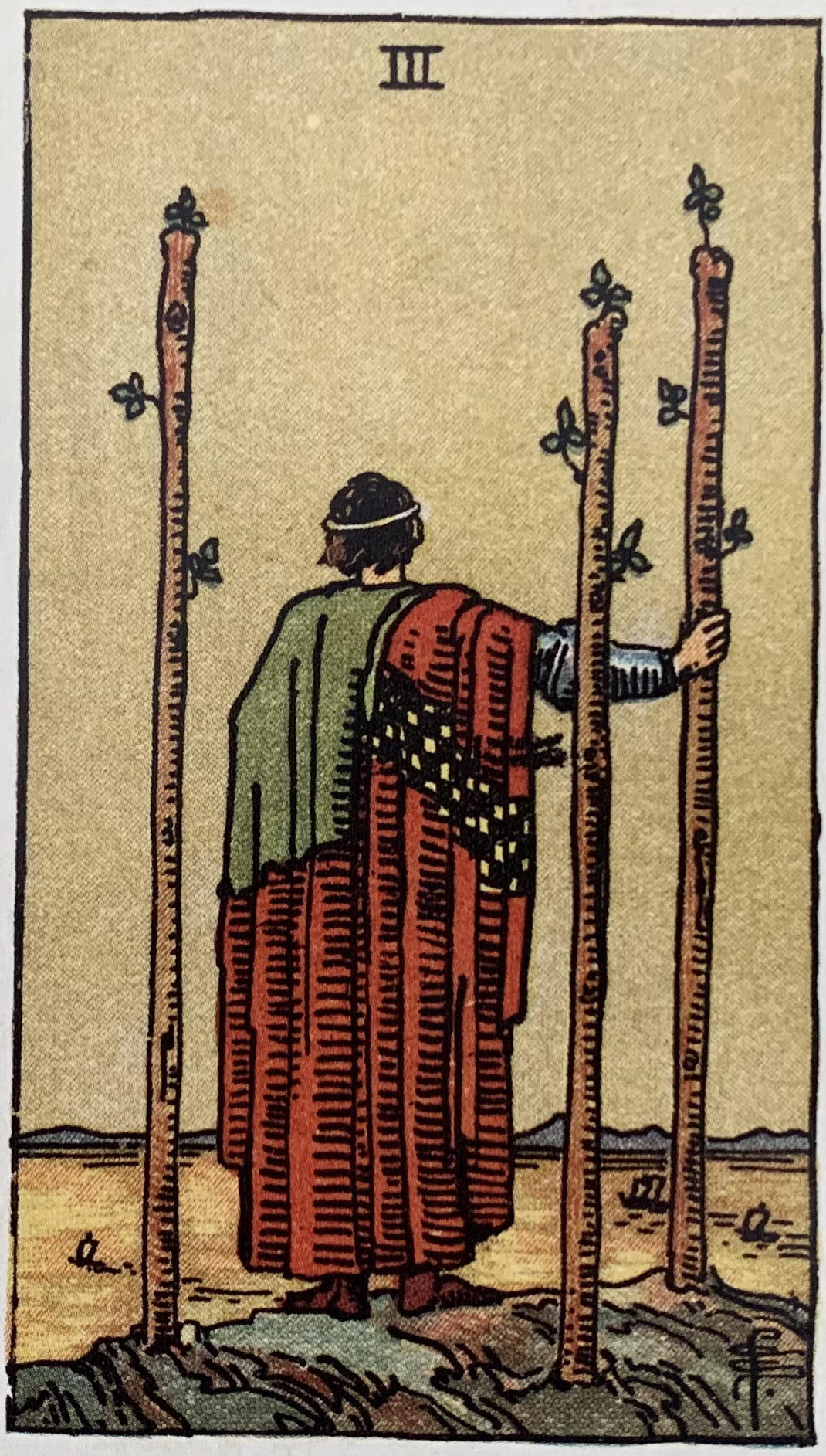 Woo howdy, these decans are flying by aren't they? We have entered Aries III which means it's time for the Aries II retrospective.

Part of what I'm discovering with this decan walk through the perspective of the tarot minors, is an on-the-ground practical experience of the card paired with the decan. 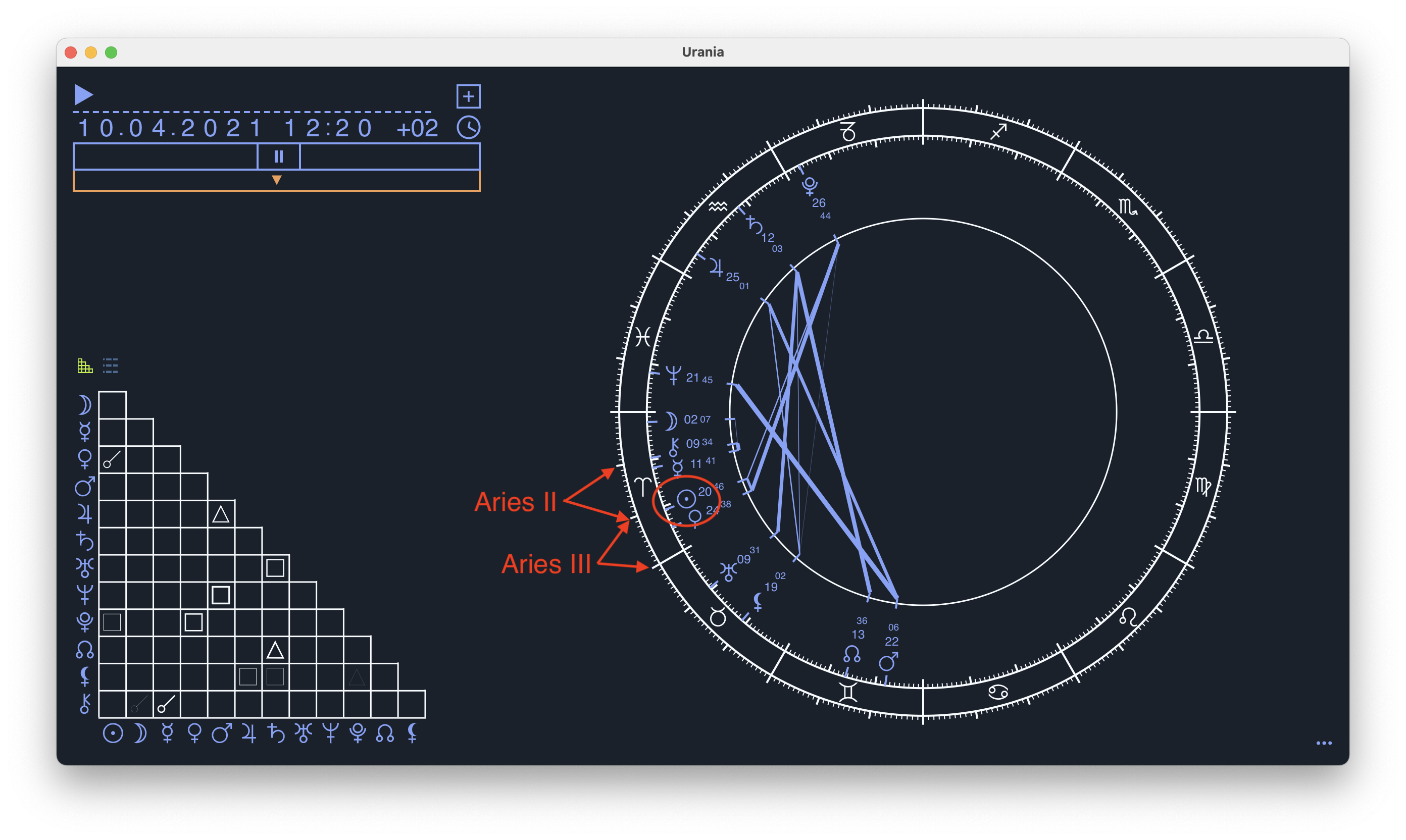 In this case we have the III of Wands, which is all about expansion, progress, and plans underway. A practical observation I've discovered about this card, in relation to my personal experience over the last few days, is the acceptance that comes with plans that are now in motion and somewhat outside of one's control.

The plan was laid out in the Two of Wands, and while there may be some personal work still to do, the plans related to external actions are mostly just observed at this point. The fleet was given orders, and now they are executing those orders. How they do on that execution is sort of out of one's hands. Hopefully one did everything one could during the planning phase to mitigate risk during the execution.

This is why the figure is looking away and somewhat anxiously out towards the sea. The way the figure is holding on to one of the wands sort of hints at this apprehension. "I really hope this works..." 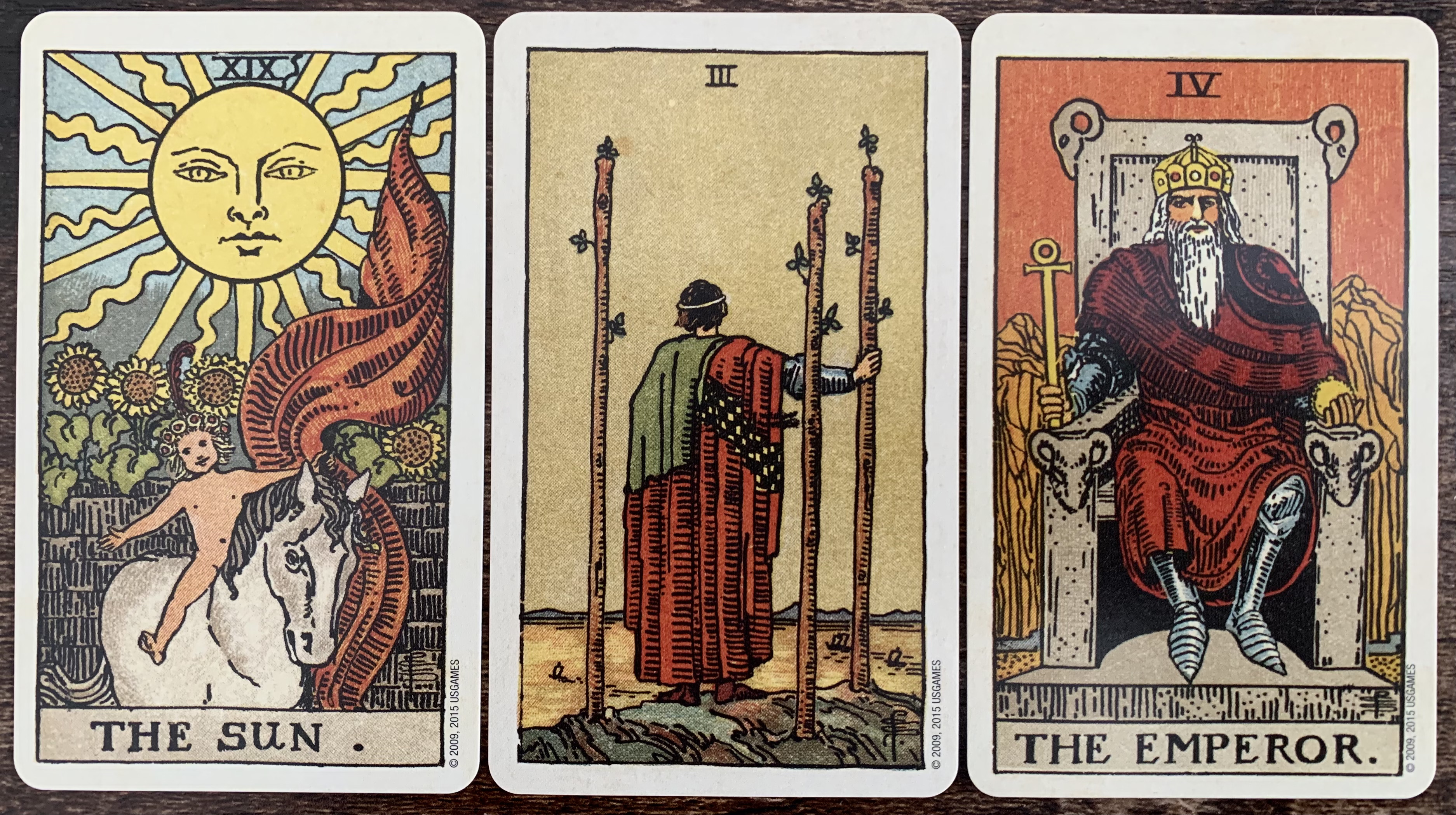 In Aries II we are looking at the sun in Aries, which means the associated majors are The Sun (duh) and The Emperor (still).

I think The Sun has this idea of hands-off observation as well. The Sun doesn't micromanage. It provides the light, and then all the growing things get to decide what to do with it.

It almost looks like The Emperor is sort of glancing back at the figure in the middle with an expression of, "get it together girl."