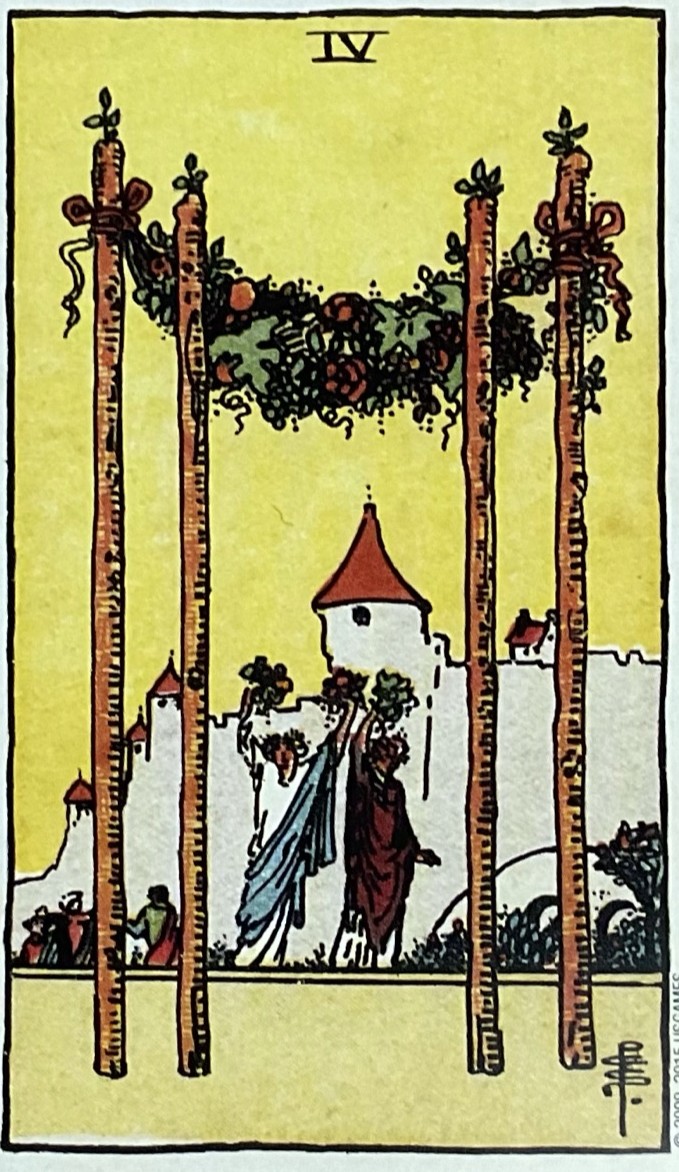 It's really kinda terrifying how fast 10-ish days go by. It's not like there wasn't a lot going on, it just doesn't feel like 10 days of goings on (or 12 really because I'm late getting this post out, surprising no one).

We have now moved into Taurus I, which means it's time for the Aries III retrospective. 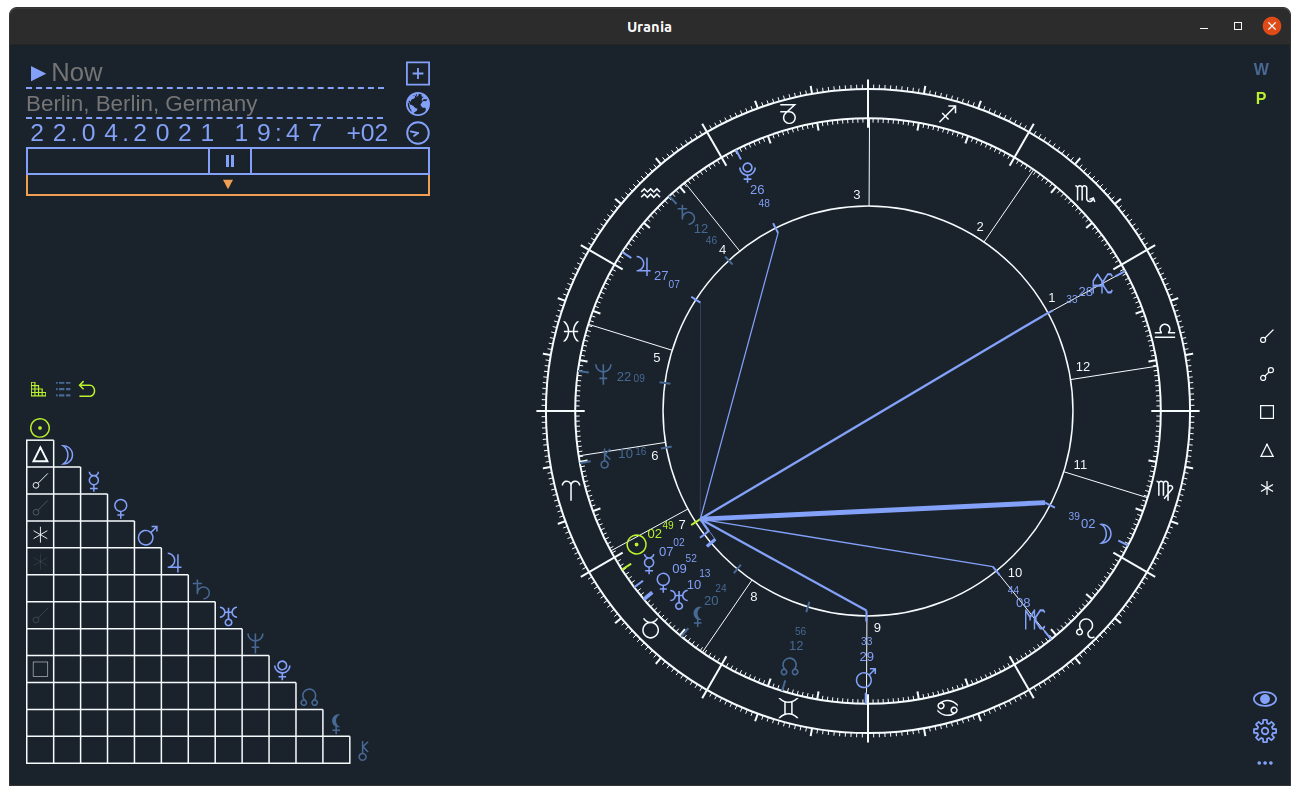 In 36 Secrets, T. Susan Chang talks about the ephemeral nature of the IV of Wands. Yeah it's a party, but all parties come to an end and then you have to clean up the mess and get back on with life. There was definitely some celebration during Aries III as the ships left the harbor without incident (and according to plan), however, there was also a fair amount of rolling up the sleeves and getting back to business. 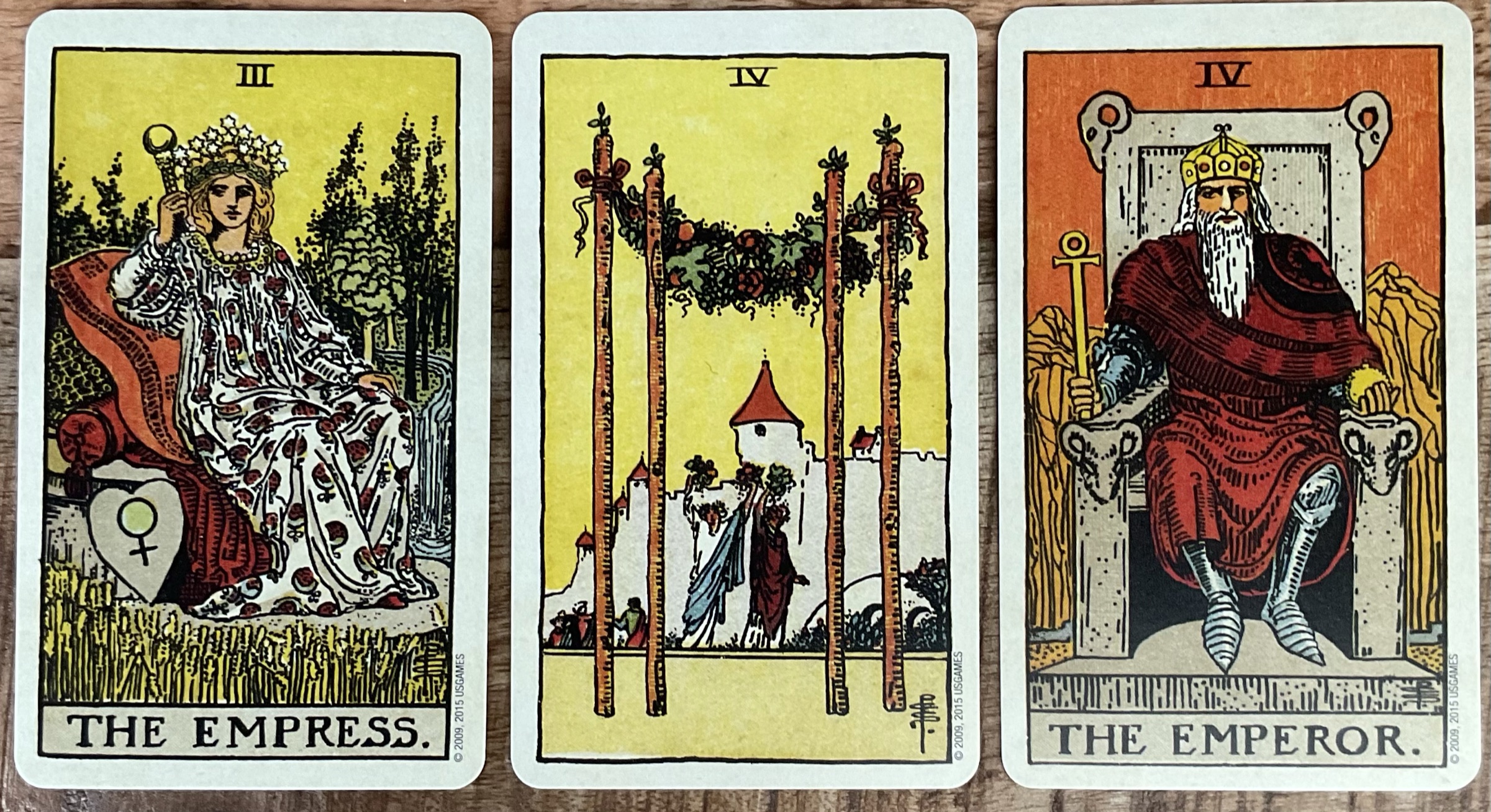 Aries is ruled by Mars so with Aries III we have Venus and Mars hanging out together. Venus tells Mars to chill out for a bit and take a load off. It reminds me of that scene in Jesus Christ Superstar where Judas is freaking out that Mary paid for fancy oil to rub on Jesus's feet and Mary is all like, "try not to get worried, try not to turn on to problems that upset you." Of course, the car is sort of going off a cliff and Judas knows it. That's a problem for future Jesus though. At that moment, getting his feet rubbed with fancy oil by Mary, things really are pretty good.

In geomancy Puer (Mars) + Puella (Venus) = Conjunctio, the crossroads where things that aren't normally hanging out together hang out. It's awkward, but also magical. Like when your friend's spouse, who you really don't like, comes to your party and you weirdly end up having a wonderful conversation. It doesn't mean you want to be friends, but it was a good time anyway.

(As a side note: I'm not sending these decan posts out in mail just because I don't want to bug the shit out of people.)