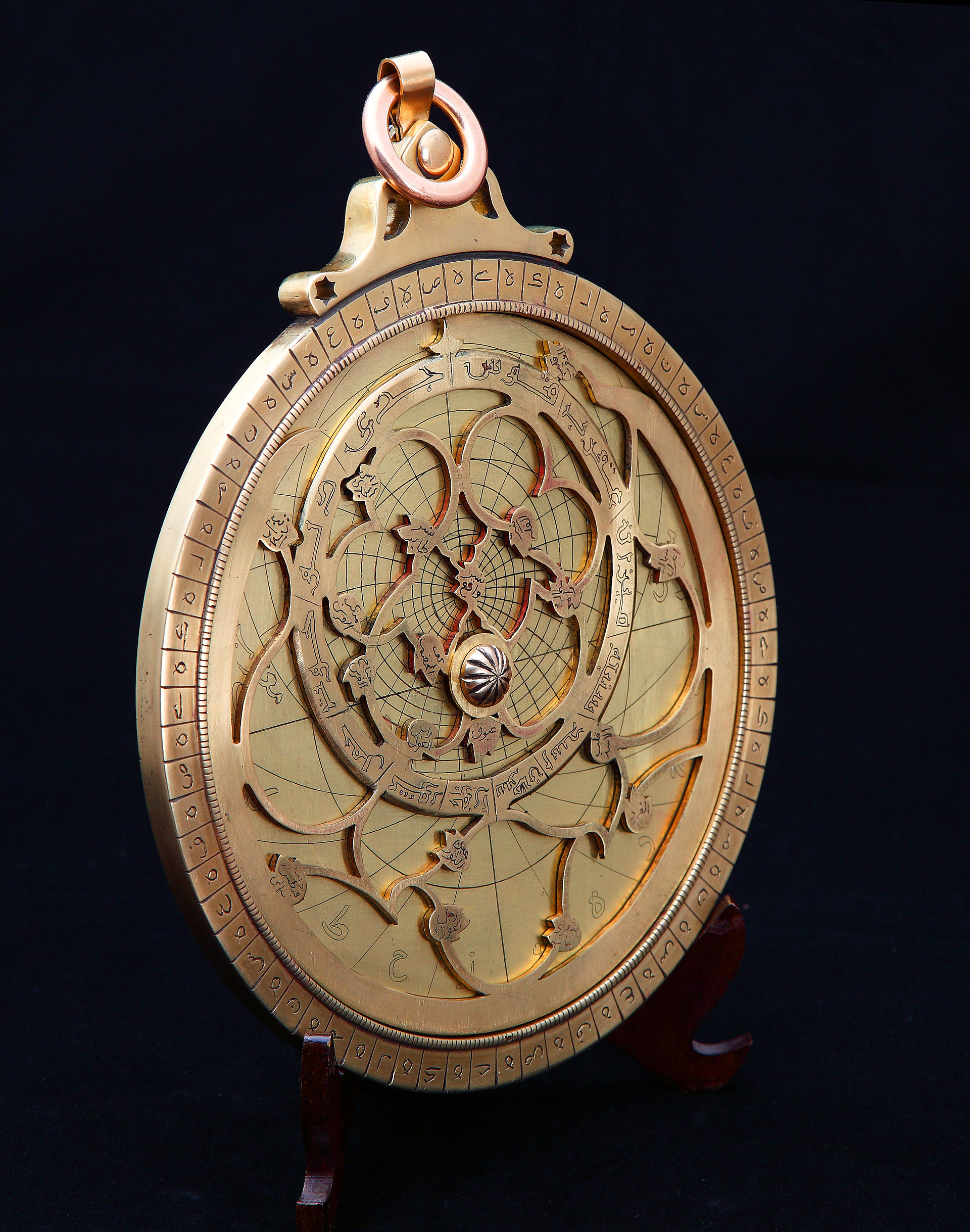 OMG YOU ARE A DAY LATE! Yes yes, well simmer down there partner. Yesterday was a holiday, you know, the 1st of May? Does that sound like an excuse? Well, it is. You're welcome.

Not a ton to update on Prometheus this week, partly due to the aforementioned excuse, and partly due to some other things in the queue that needed clearing out. However, I did implement animations for highlighting and selection, which drastically improves the feel of the app. A highlighted body now smoothly transitions to a highlighted state while the other bodies smoothly transition into the background. I can't really show this with a gif because the speed of the animation is too quick, so instead you'll have to take my word for it and instead suffice with this chart of the moment, taken at the time of this posting. 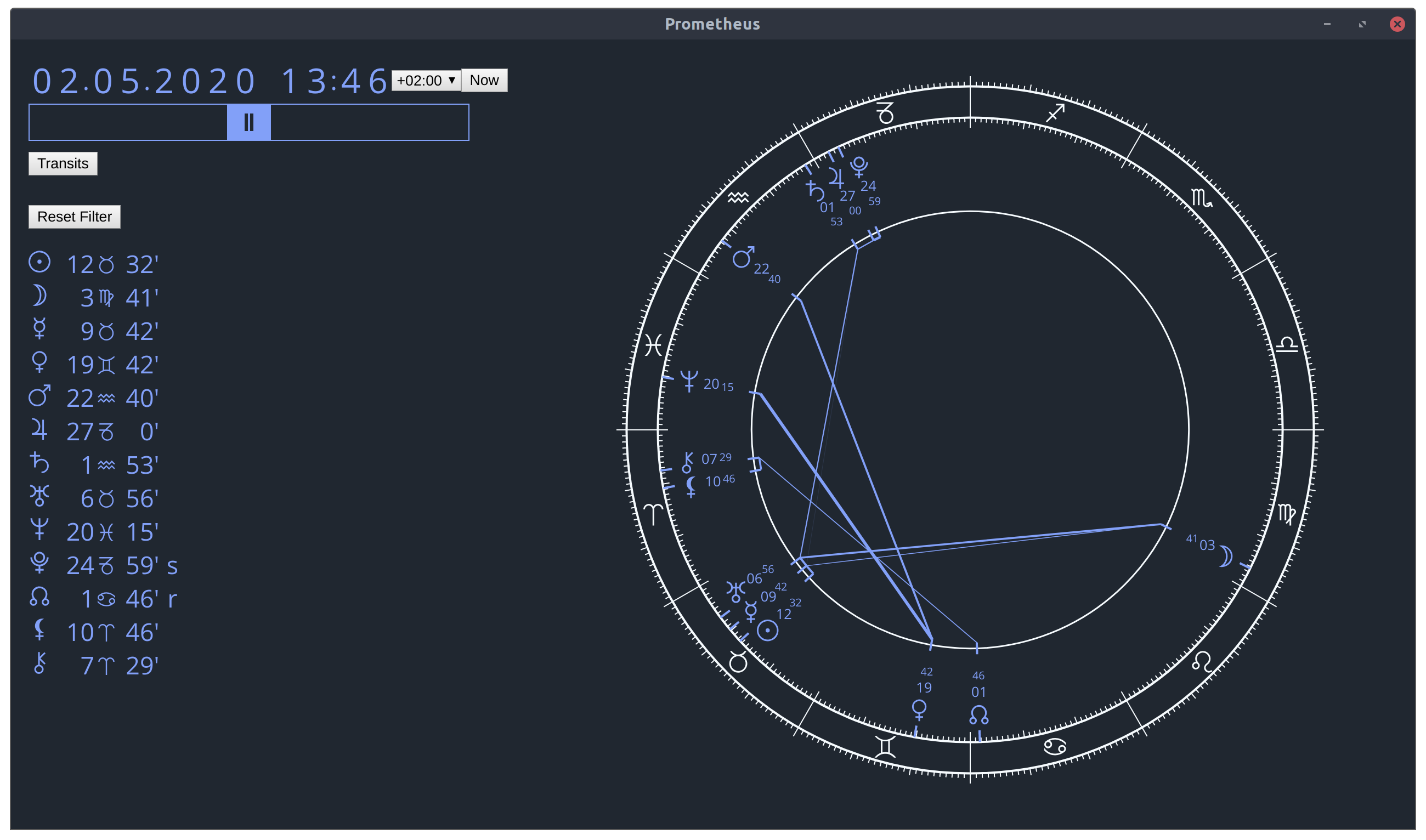 On the subject of the meaning of the sky, let's talk about the astrolabe. If you aren't aware of this amazing device, I can basically summarize it as the handheld personal computer used by our ancestors for over 2000 years. It was used to calculate just about everything in the ancient world including the current time, sunrise and sunset, the positions of the stars for navigation, knowing the qibla (the direction of Mecca used by Muslims for prayer), knowing when to plant seeds, and at least 1000 other uses. It was in use all over the ancient world until the invention of accurate clocks and telescopes.

If you look up astrolabe on the wikipedia you'll find a summary that describes it as an ancient astronomical device. That is, of course, not true. At the time that the astrolabe was widely in use, there was no difference between astrology and astronomy. Leave it to the materialist world-view to reduce the value of the astrolabe to one specific use. All you have to do is look at a picture of an antique astrolabe to know that it was so much more than a tool for calculating the position of planets. In fact, the only reason the Europeans even knew about the astrolabe at all was because they learned about it from Muslim scholars who used it for everything from knowing the direction to pray, to surveying the city of Baghdad (which was intentionally built during the sign of Leo, btw). Now it has been relegated by modern science to a footnote in the history of the telescope.

As I said above, mechanical clocks were a significant nail in the coffin of the astrolabe. Clocks allowed people to know the time without having to measure bodies in the sky. By decoupling the measurement of time from the natural phenomenon that we use to understand time, we created an artificial construct which instantly became a tool of oppression that we are still grappling with today.

And this is only scratching the surface. Here's a few links to get you started if you are interested in learning more:

Using that last link, which is a great resource in general btw, I spent a bit of time this weekend making this: 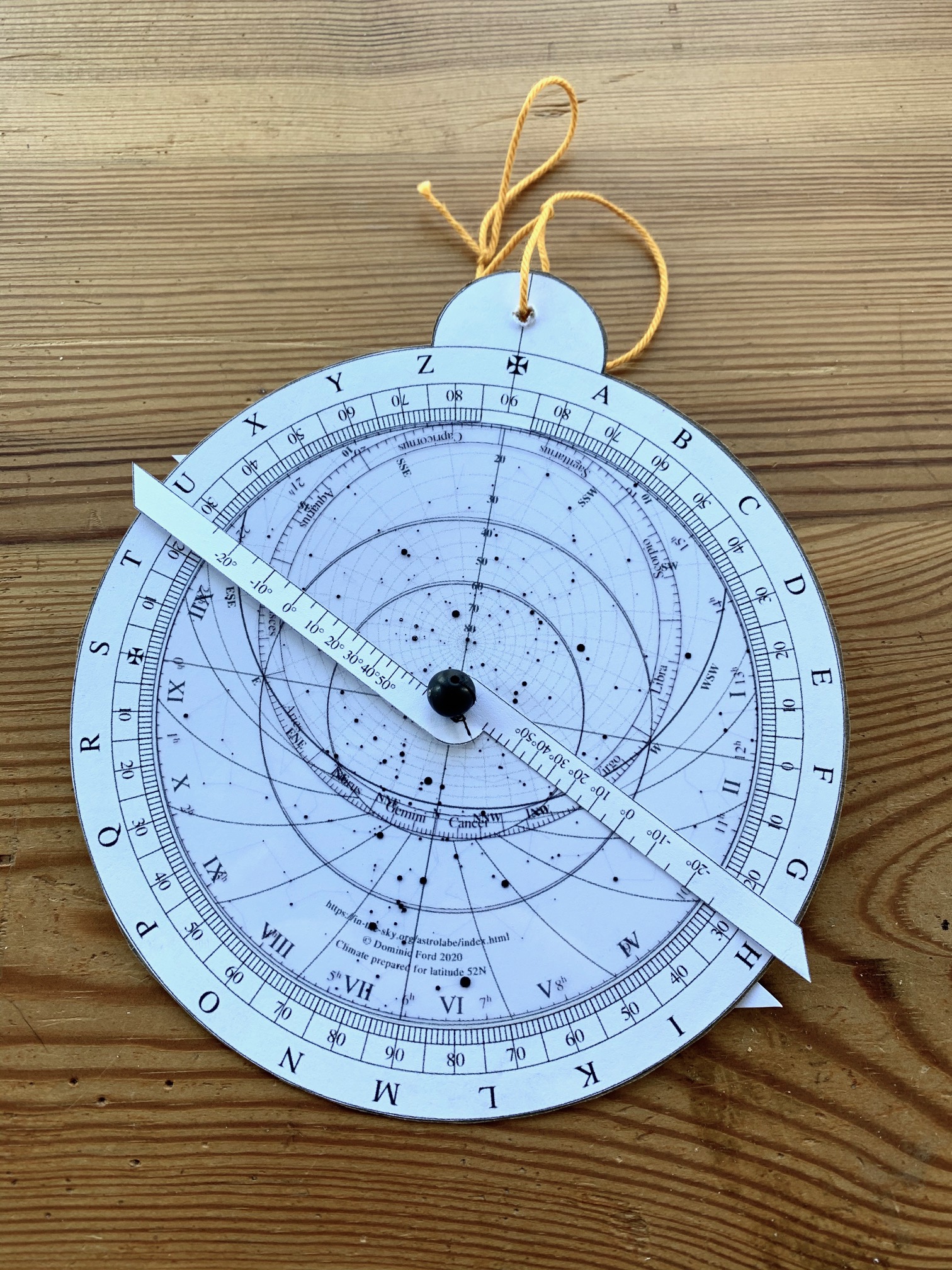 Now is a great time to look up at the night sky and think deeply about our place on this planet, and in the universe.