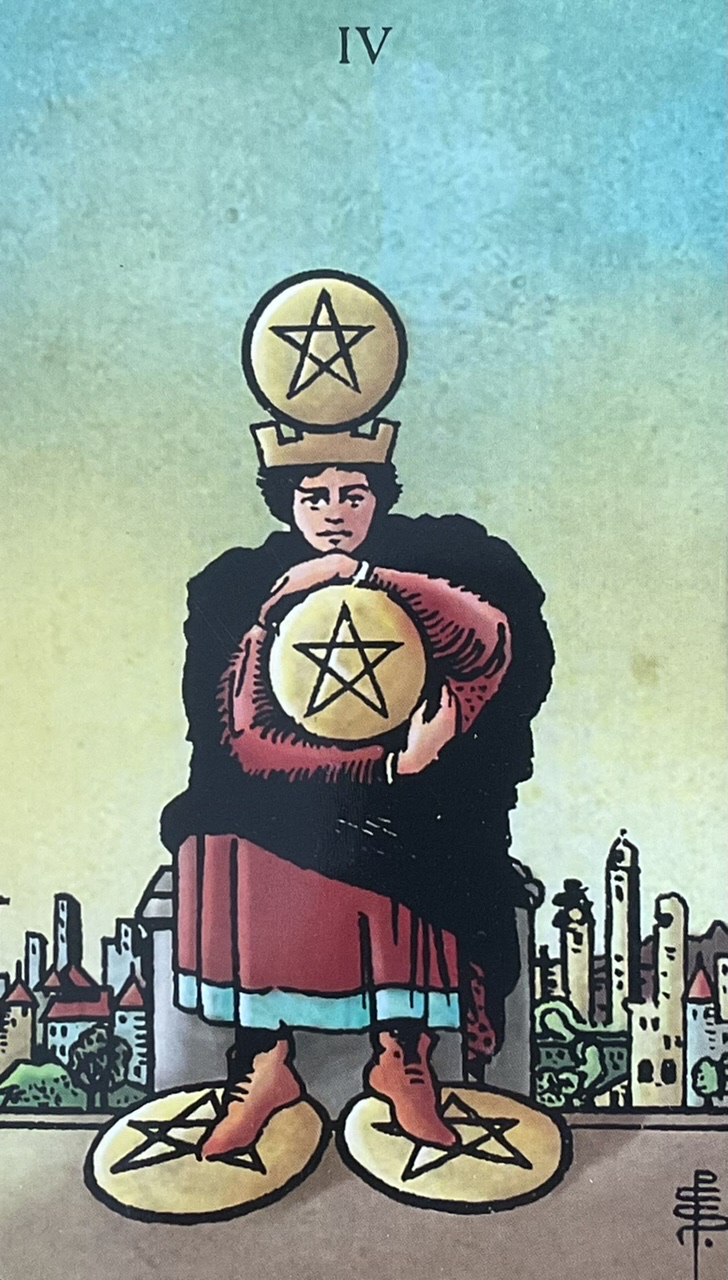 What happens when the Devil is supercharged with the radiant power of the Sun? Conspicuous consumption—the dominant western paradigm—that's what. If you have ever felt a flash of rage when you realize that you can't have something you want, then you know the power of the Devil's radiant chains.

If I were designing a modern tarot I would have the IV of Pentacles show an NFT of the RWS IV of Pentacles. If you don't know what an NFT is, count yourself lucky. It's the digital distillation of human avarice. I could write an incredibly long post about everything that is wrong with NFTs but someone already did that in video form (along with great descriptions of a lot of related and supporting problems present in our techno-capitalist world). 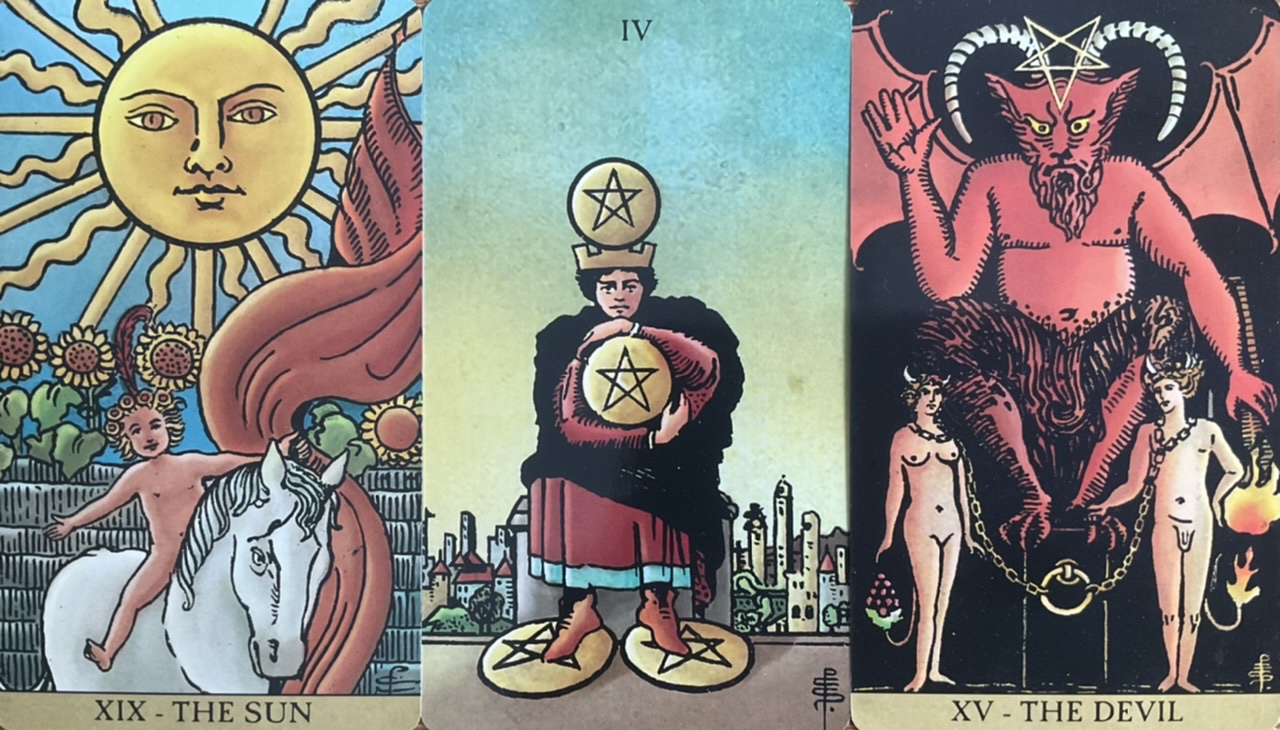 I mean, what more is there really to say here? Sun + Devil = IV of Pentacles is the most straight-forward math so far in this whole decanic tarot journey. Oh, I just thought of another great image for a modern tarot IV of Pentacles: Jeff Bezos launching himself into orbit in a giant penis rocket while the world below burns. 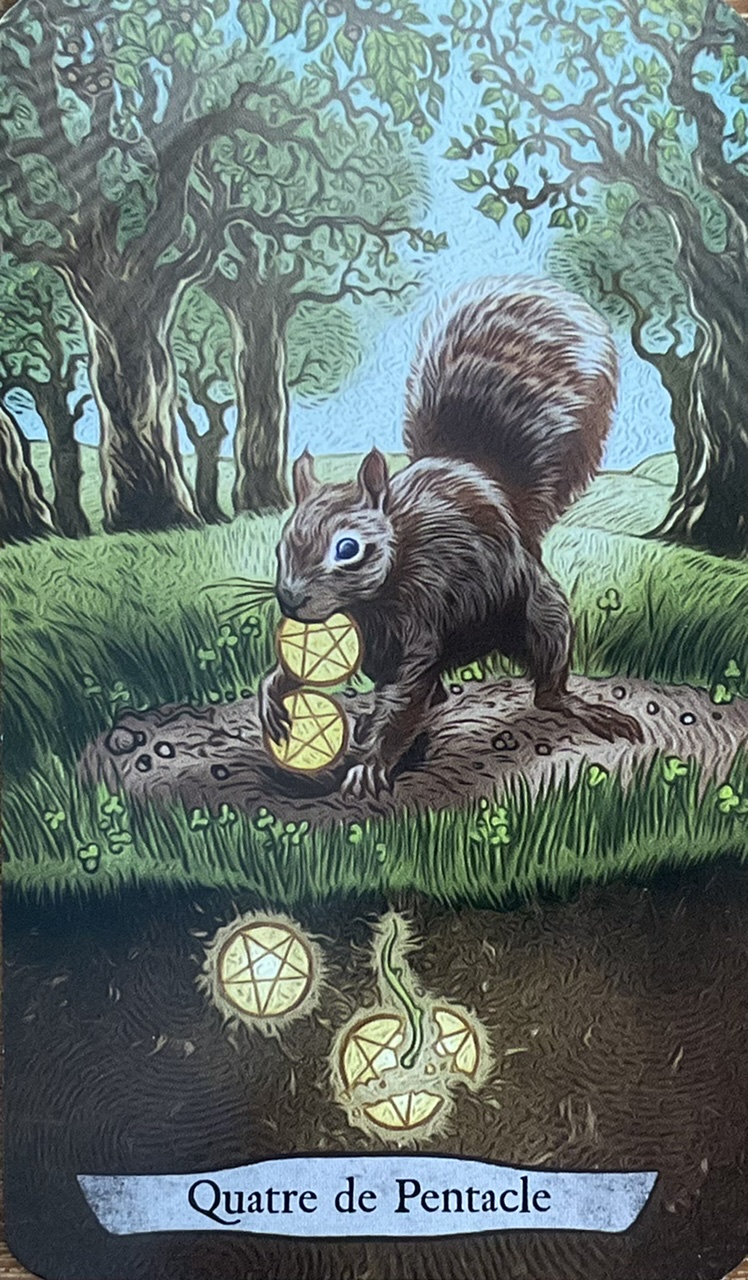 In the AT we see a bit more of the "good side" of material acquisition, namely planning for the future. One of the nuts broken open and beginning to grow is an interesting angle on the whole "squirreling away" thing. Squirrels will often crack open nuts before burying them to keep the nut from germinating. From the perspective of the tree, that's not so good. But if they don't crack the nut open first, it might grow into a new tree which is bad for the squirrel that did the burying, but good for the whole system including future squirrels who will have a new tree making nuts.