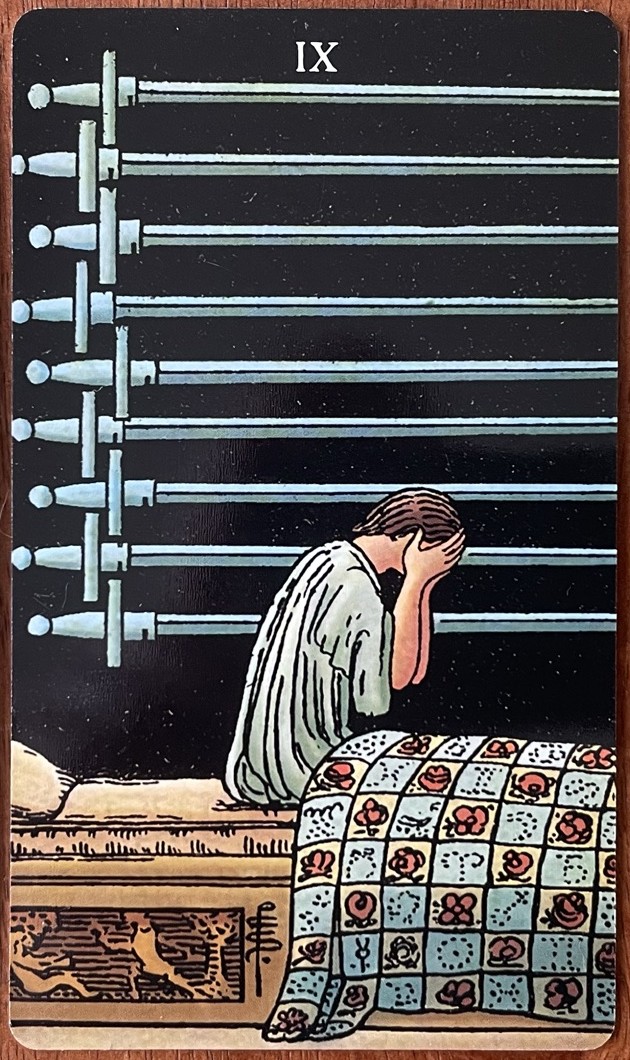 Well, not that I'm not always behind on my decan posts, but this time I'm really not not behind. I blame a five week trip to the US to visit family and friends (and to get vaccinated thanks to the shitty vaccine roll-out in Germany).

These three decans of Gemini are simultaneously infuriatingly difficult to parse while also intrinsically visceral. Considering Gemini is the element of air and we are in the suit of swords, that's really weird. Maybe part of the message of the VIII, IX, and X of swords is similar to what cognitive behavioral therapy teaches: thoughts come first and emotions quickly follow. Thoughts then react to the emotional state which causes an anxiety negative feedback loop that wakes one up at 2 AM. One of the first things I learned in CBT is that cognitive distortions are the root of anxiety. It's a somewhat materialist perspective on things but not an unuseful idea. Certainly the figure in the IX of Swords is suffering from a cognitive distortion or two.

Another infuriating thing about these Gemini decans is trying to figure out what the planetary majors have to do with the zodiacal major of The Lovers. In this case we have Mars in Gemini and the associated major of Mars: The Tower. 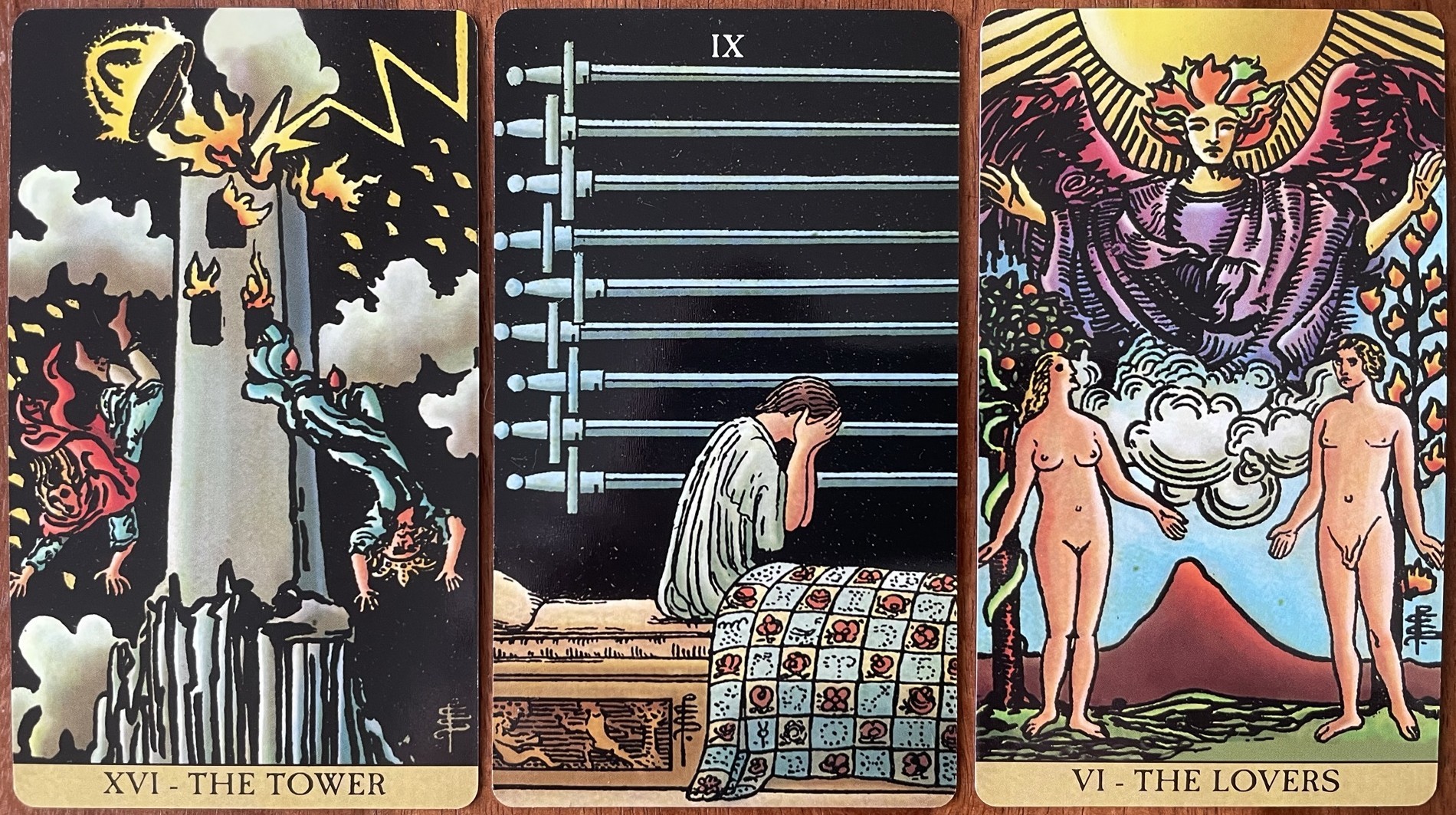 Now that's just some confusing shit right there, at least at first glance.

One of the things I've learned while going through the Gemini decans is that The Lovers has a lot more depth than I generally ascribe to it. In this case it has a real expulsion from Eden feel to it. The angel in this card is usually seen as granting some kind of benediction, however, it could also be an angel saying GTFO to the humans who have just eaten the fruit from the tree of the knowledge of good and evil. The angel kicks those naughty humans out because it knows that the next dish on the human's menu is the fruit of the tree of life (which grants immortality). Interestingly, the tree depicted behind the woman is said to be the tree of the knowledge of good and evil (as you can see from the fruit and snake) while the tree behind the man is said to be the tree of life. The anxiety of the IX of Swords is the result of understanding that a critical decision needs to be made and that the consequence of that decision may result in the expulsion from paradise. This also sheds new light on The Tower as symbolic of a fall from grace.

On a personal note: fuck Mars in Gemini.