The tens in the minor arcana are all about endings and completions of a cycle. None of the tens are more viscerally final than the X of Swords though. That's some next-level final realness right there.

Here's the description from A. E. Waite himself: "A prostrate figure, pierced by all the swords belonging to the card. Divinatory Meanings: Whatsoever is intimated by the design; also pain, affliction, tears, sadness, desolation. It is not especially a card of violent death." 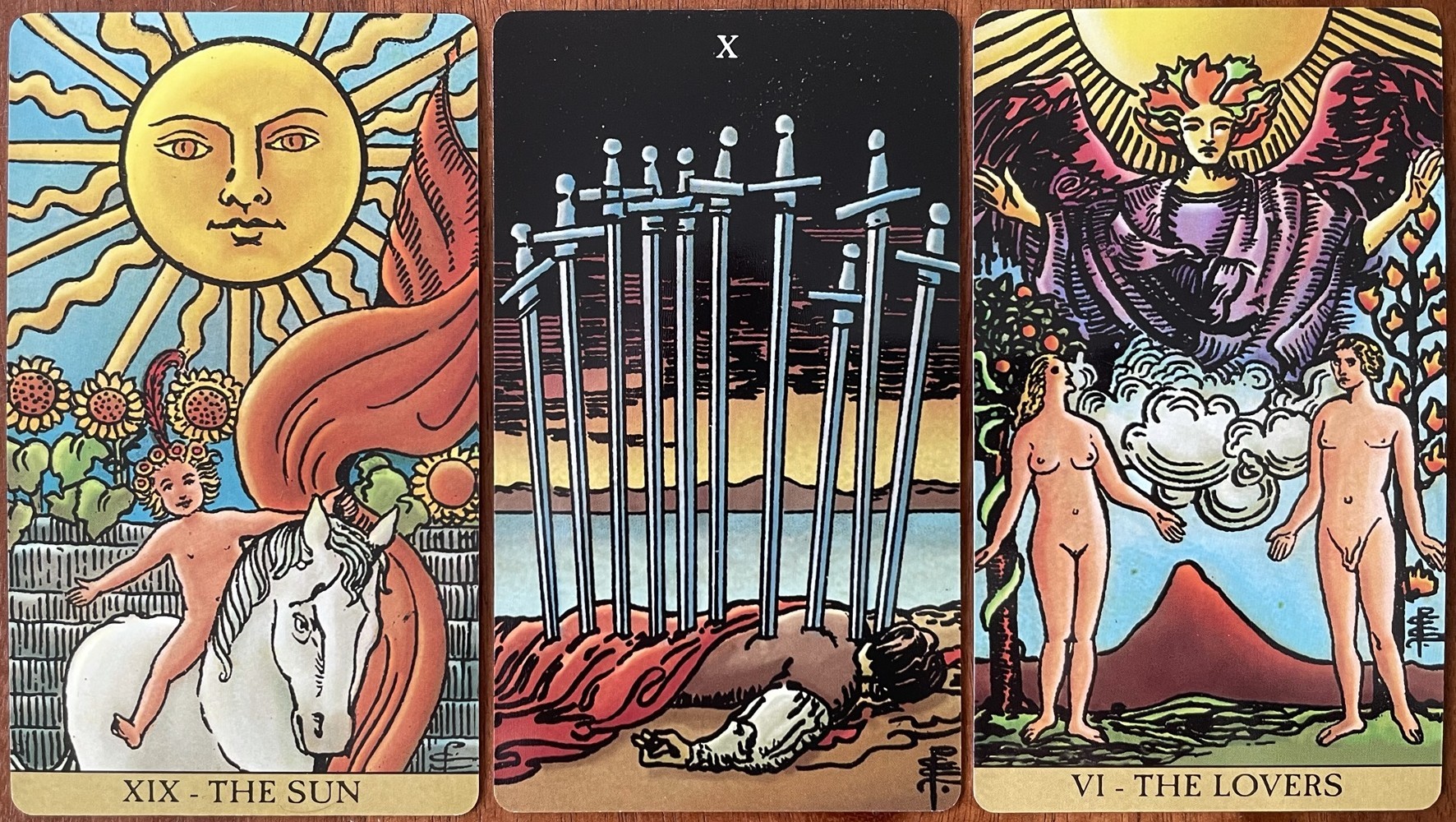 The enigmatic majors associated with the minors for the Gemini decans ends with the completely WTF formula of: The Sun + The Lovers = X of Swords.

As I indicated in the Gemini II post, The Lovers is a card with a lot of depth. When viewed through the lens of the expulsion from Eden, the finality of the X of Swords kind of makes sense. Any decision to do something means a myriad other things are not done. Each not done thing is like a sword pierced corpse laying in the wake of "free will". If the IX of Swords is the anxiety of what will come to pass, then the X of Swords is the artifact of what has already come to pass. Of interest in The Sun card is the walled off garden in the background of the image, possibly also an allusion to the Garden of Eden.

According to T. Susan Chang, the prone figure in the X of Swords may be a reference to Thomas Becket (she doesn't site a source so I'm attributing to her) who was the Archbishop of Canterbury from 1162 to 1170 and later canonised for his martyrdom. You see, Becket excommunicated three rogue bishops who crowned Henry II's son, who was also called Henry, as king. Which is kind of rude because Henry the II was still the king (the family drama of English royalty is filled with lol). Anyway, apparently Henry used his outside voice to express his outrage about Becket's actions which his men interpreted as a royal command of execution. Four of Henry's knights confronted Becket at Canterbury and murdered him something gruesome with multiple sword hits to the braincase. As it's a bit unclear if Henry actually wanted Becket dead or was just expressing his frustrations, there's something in the X of Swords about the unintended consequences of what you say (Swords being the element of Air and all).

As a fun side note, take a look at the Seal of the Abbot of Arbroath which depicts the murder of Becket: 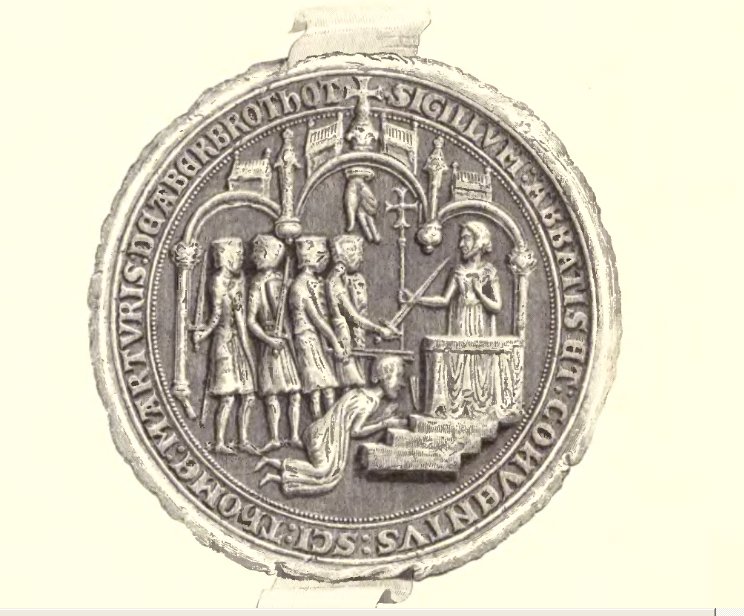 Does the hand at the top of the seal remind you of anything from the X of Swords?