Libra III: Waiting for the Rain 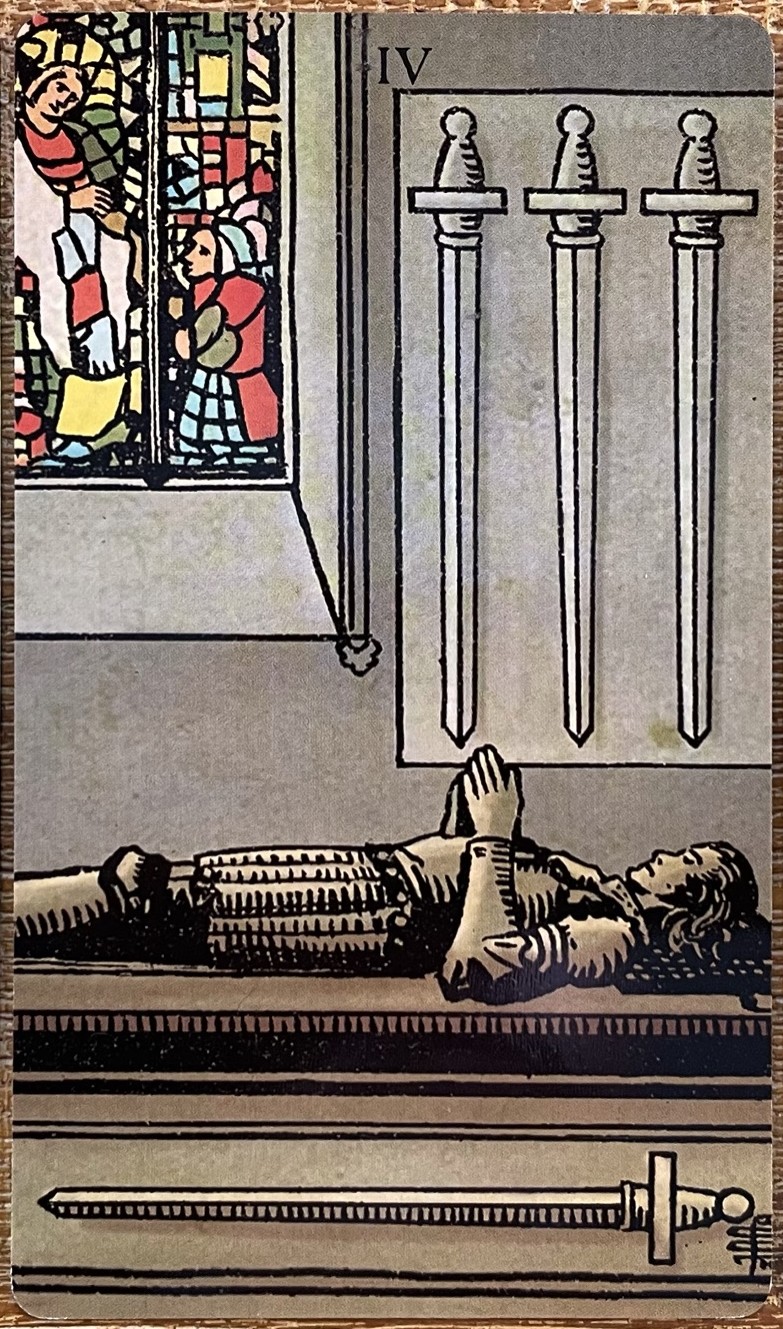 Am I the only one perpetually confused by the association of Jupiter with the Wheel of Fortune? There's a lot of very tortured explanations on why this might be the case, but none of them really make sense to me. The Wheel of Fortune is about change, fate's ever shifting nature, the rise AND FALL of fortunes, and the pursuit of a spiritual path. Jupiter is about expansion, questing for truth, good luck and good fortune. I mean there is some overlap there, but most of what I've read describing the association sounds like justifying an intention that I'm not sure is really there, at least in the RWS card.

Anyway, given the traditional associations, with third decan of Libra we have the Wheel of Fortune (Jupiter) and Justice (Libra), resulting in the IV of Swords. 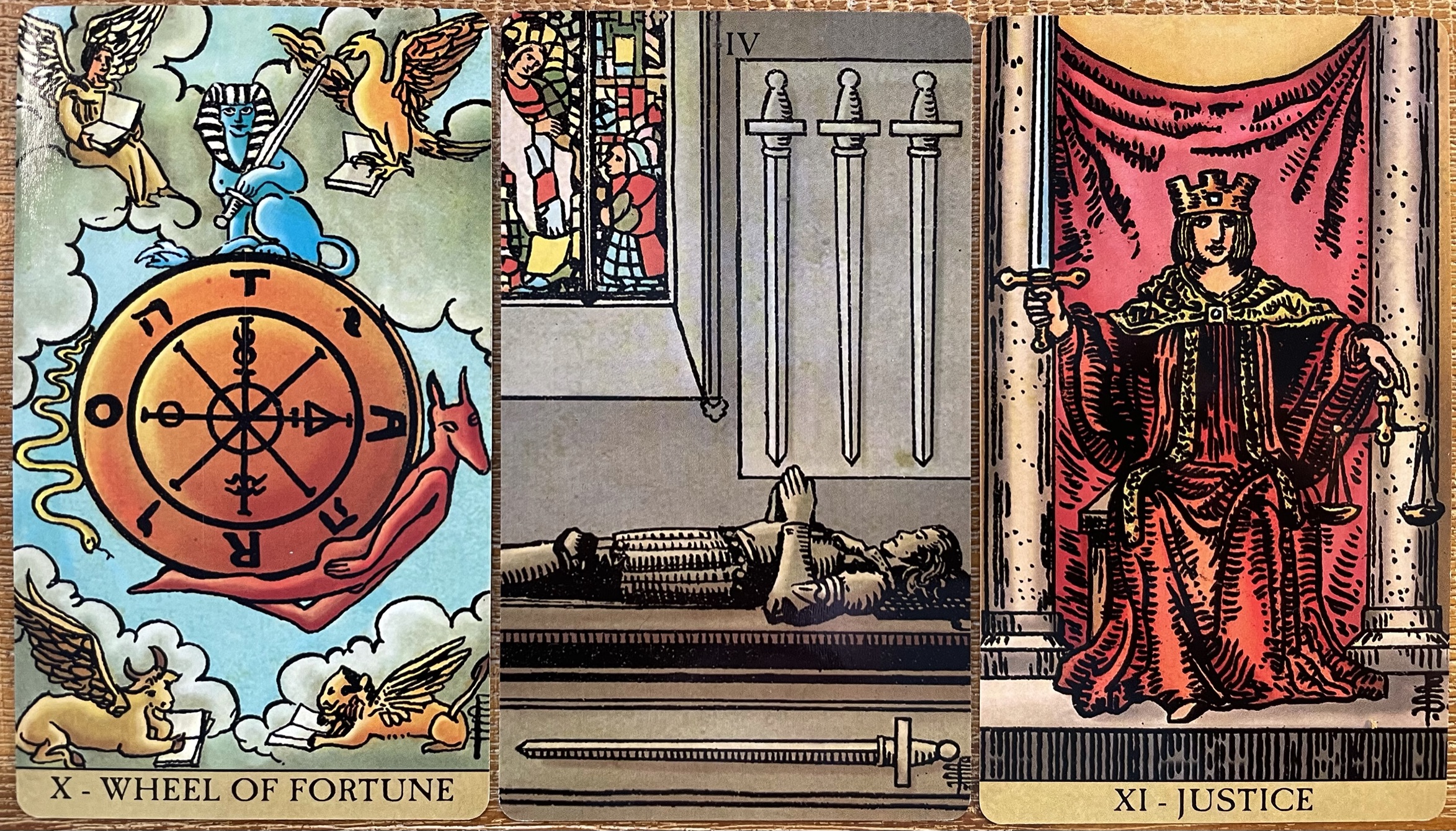 An interesting observation about this particular tableau of cards: each card has a representation of a solo sword. On the Wheel of Fortune the sphinx at the top of the wheel is holding a sword. Justice is holding the sword of justice, duh. The knight in repose on the IV of Swords is laying on a tomb which has a single lengthwise sword. The single sword motif tells a story both from left to right, and right to left.

One of the many joys I've had going through the RWS minors as part of this whole decan walk thing is seeing common threads between the minors and associated zodiacal majors. It's brought out some new insights into RWS cards and some of the symbolism used. 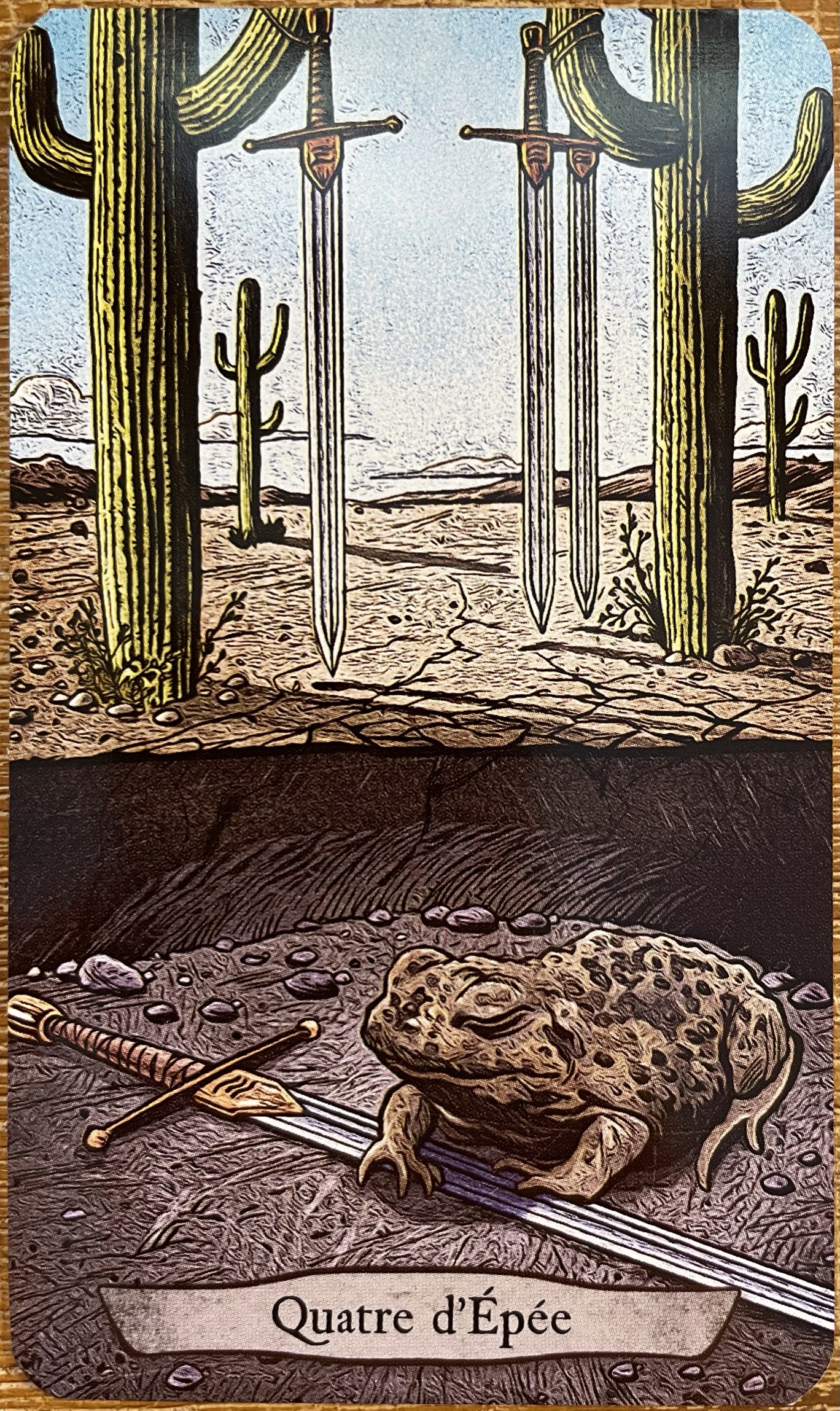