Pisces III: The Beauty of Transition 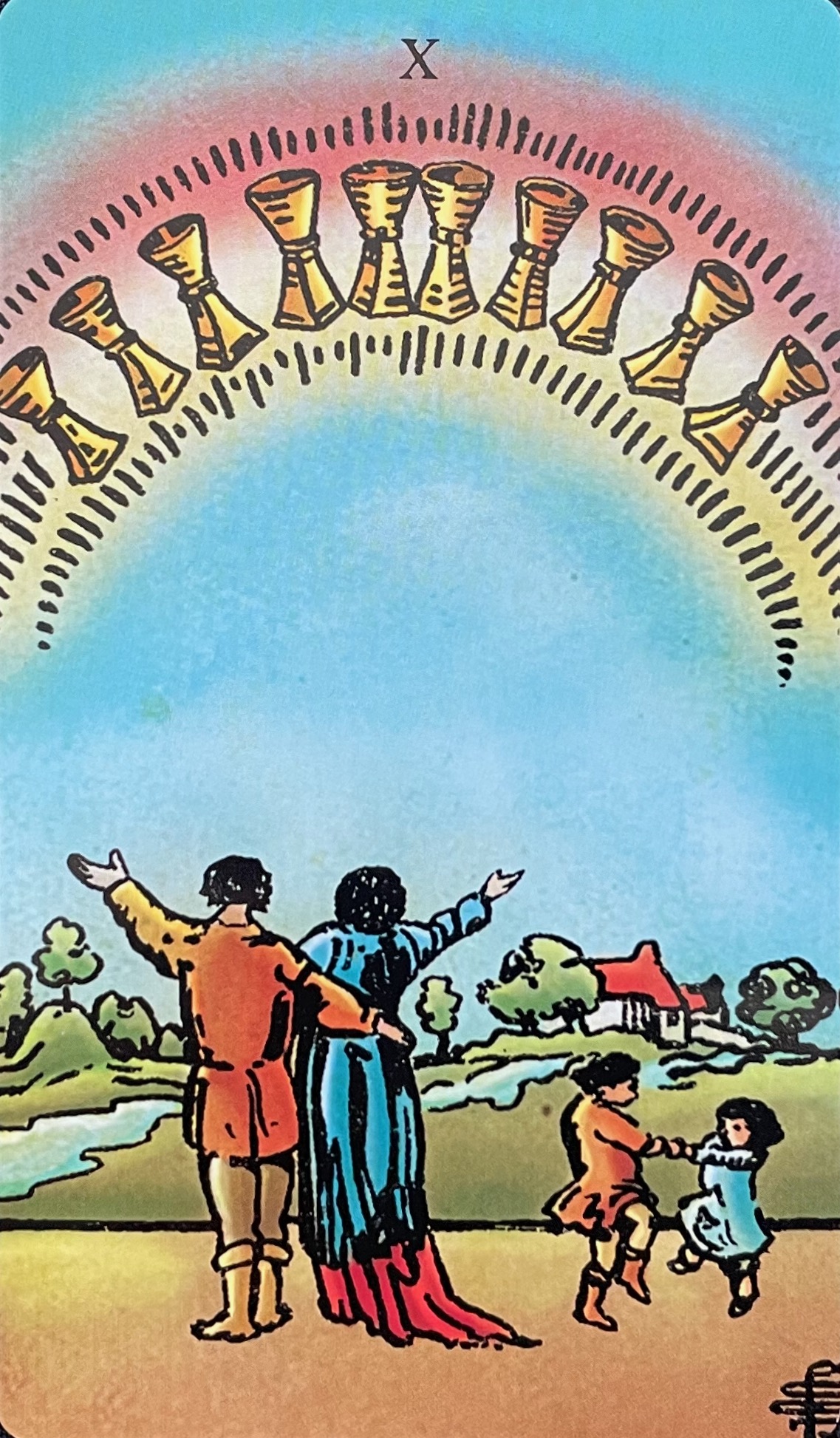 And here we are, at the end of our decanic journey: Pisces III. It's been a long, and a short, time. A lot has happened in the world over the last ecliptic year. Things have changed, and other things have stayed the same. Although the things that stayed the same are just on a longer change cycle. Like how Jupiter is slower to move across the sky than Mars.

What better way to end our enigmatic journey than with Mars in Pisces. Mars rules both the first and the last decan of the zodiac, mostly because of math: 36 isn't evenly divided by 7. To "fix" this (human tendency to box in wildness is a topic for another post) Mars is associated with both Aries I and Pisces III: 7 * 5 = 35 + 1 = 36. The artificial nature of the planetary associations is a great representation of the X of Cups. It's a facade. That doesn't mean it's not a useful facade, but it's not reality. Which is why the X of Cups is another of the "stage" cards in the RWS. It's all for show. 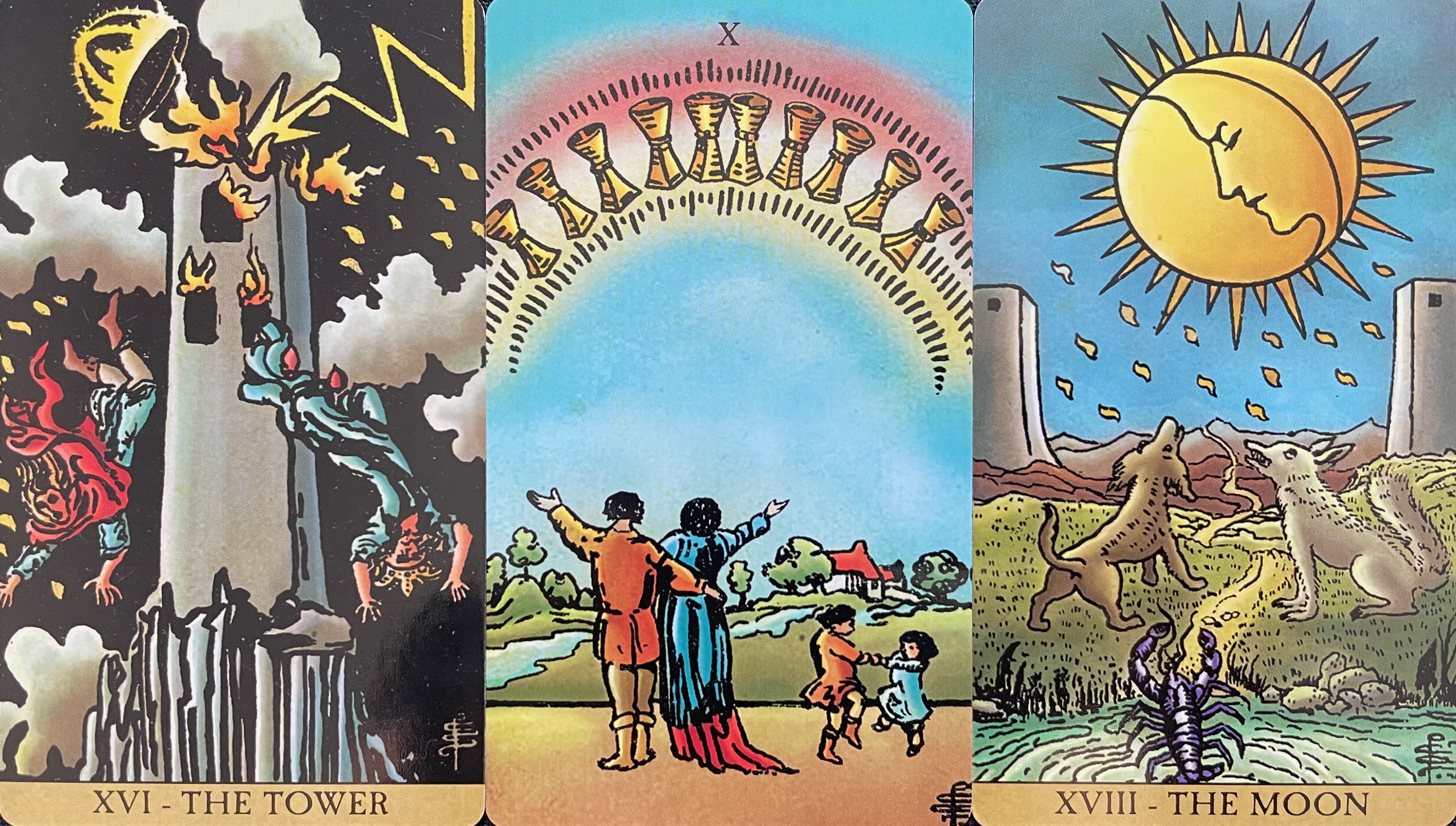 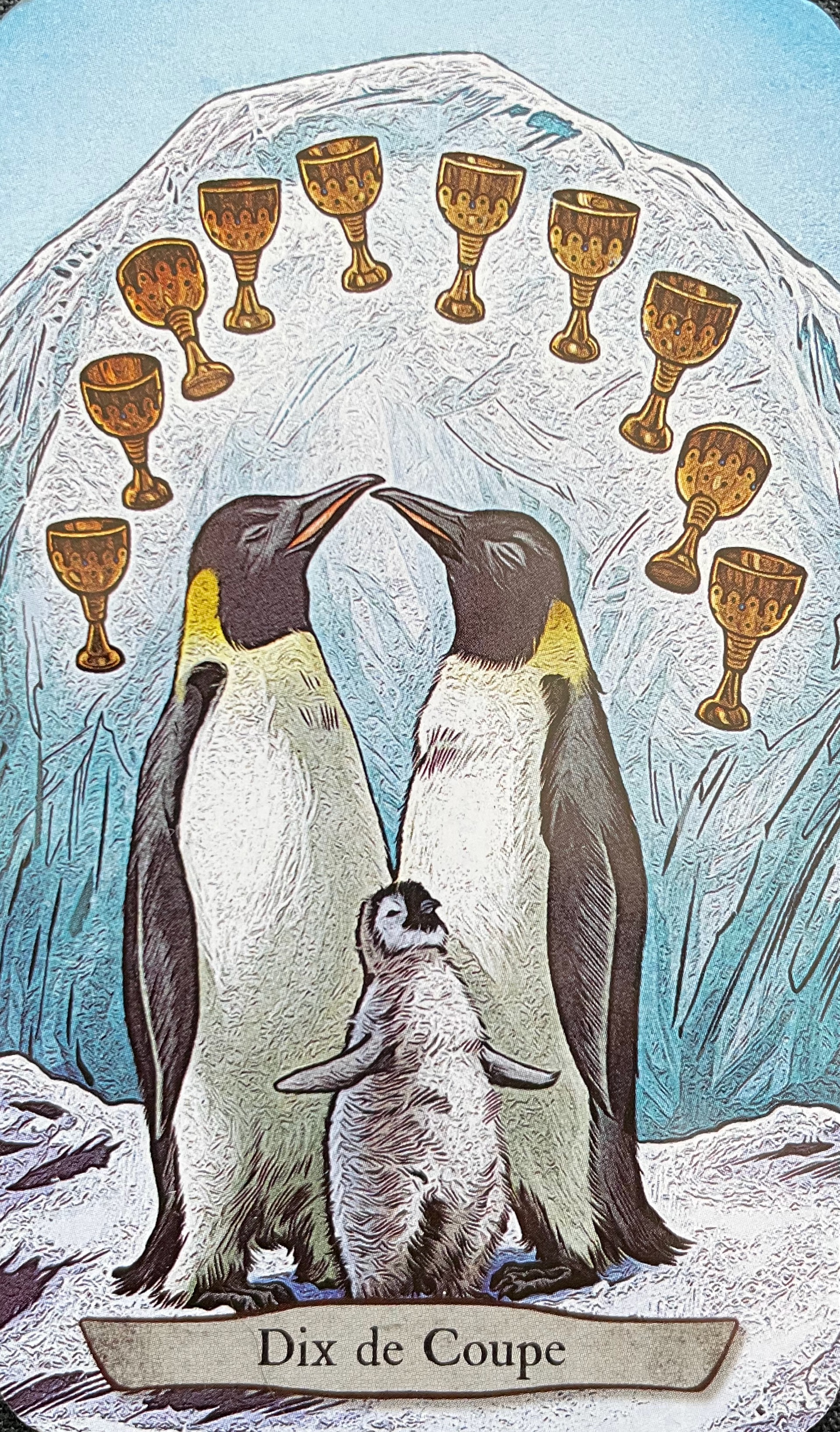 Also apropos to ending my ongoing evaluation of the Animal Totem tarot, a card that is rather stupidly optimistic. I can almost hear the New Age garbage writing behind this card talking about the child rearing habits of penguins. BARF Don't get me wrong, penguins are amazing and have some young rearing chops that are worth emulating. But the "joy of the nuclear family" take on the X of Cups is juvenile and uninformed. Like all of the cups cards, it's far more complicated. The cups frozen in ice are interesting though. Or maybe they are just a reflection of ten cups, which would be far more on point.

And there you have it. A year long journey comes to a close. I've really enjoyed this process and learned a ton while diving in on the tarot minors and associated zodiacal and planetary majors. Huge thanks to T. Susan Chang for her excellent book 36 Secrets, which I highly recommend.

One of my big takeaways from this decan walk process is that a good oracle has near limitless depth. I'm keeping that in mind as I work on Mosaic.