Scorpio II: The Gift of Life 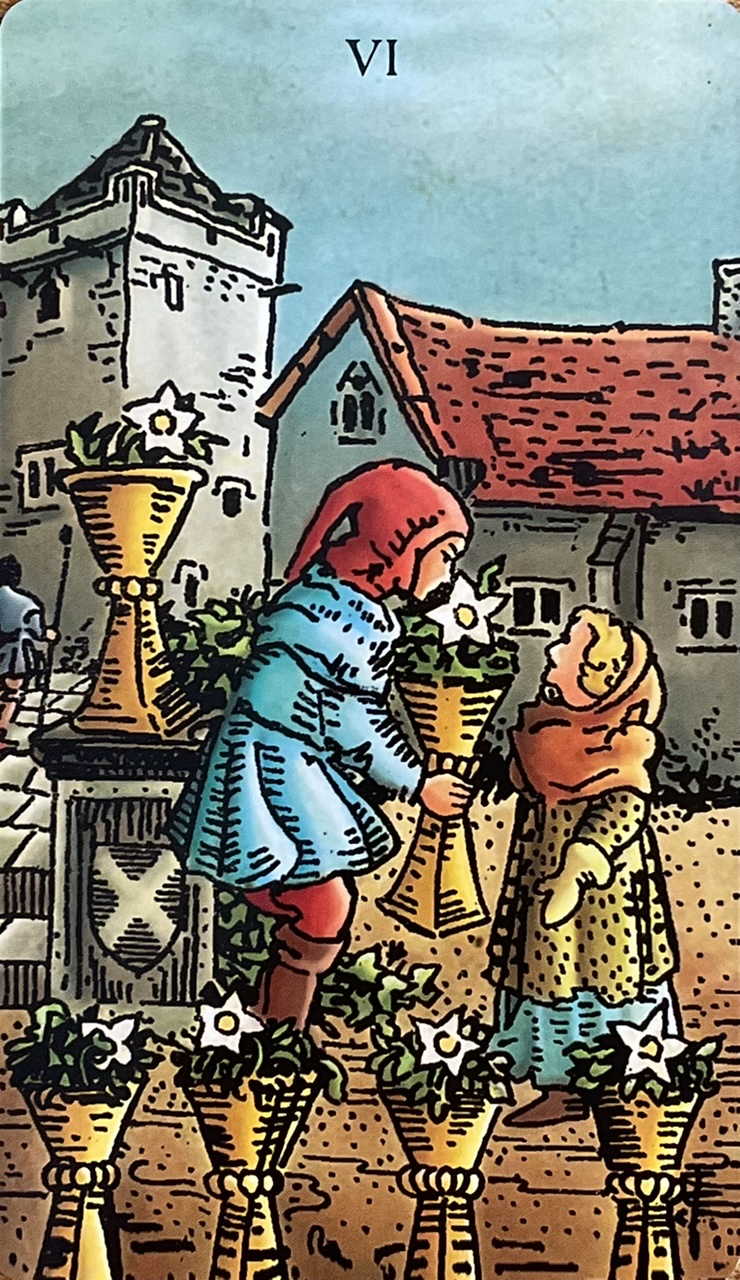 Birth and death are the bread of life's sandwich, or perhaps the bookends of life's library, if you will (and you should). With the Sun ruling the second decan of Scorpio, we have the strikingly beautiful tableaux of the procession of life from cradle to grave--along with all the beauty and sweetness that happens in the middle. 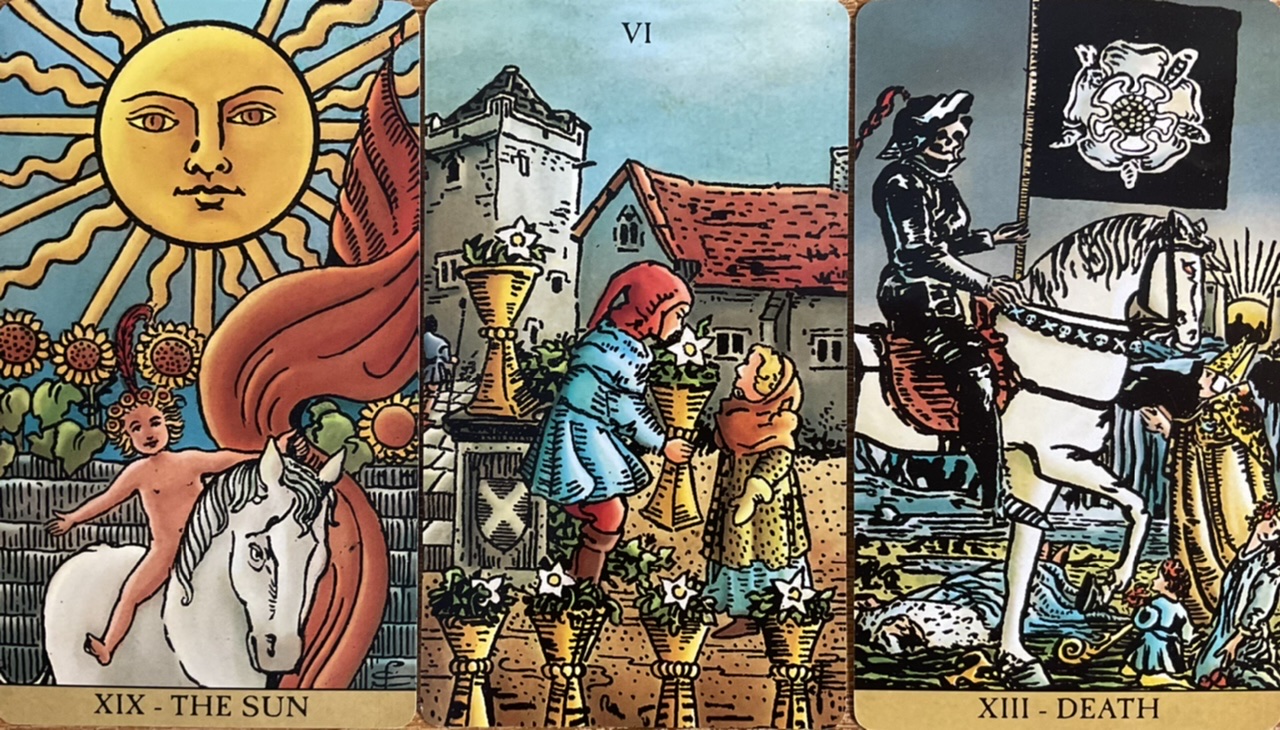 I've seen people say online that we are somehow in the "bad timeline", a reference to time-paradox stories in which there is one timeline with the "good" people and outcomes and the other timeline with the bad people and horrible outcomes (a la the Mirror Mirror episode of Star Trek). While there is definitely a lot of shit going on in the world at the moment it's also important to keep in mind what shit has gone on in the past and some of the absolutely epic shit our ancestors had to live through. They survived, and so will we. There's actually a lot on offer at this moment. For one: the visceral knowledge that some of the structures of modern life that appeared to be unassailable up until now, can collapse overnight.

The question is: what do you bring to the world during this time of upheaval? What do you share with others? Not in a selfish how-much-do-I-get-paid kind of way, but as a joyous act of giving that leaves something important for those that come next. What new structures do you put in place that make it possible for life to flourish?

There's a whole lot going on in the seemingly pastoral imagery of the RWS VI of Cups and the same goes for the AT version. Notice the age differences of the otters at play. Not only has the older generation provided an abundance for the younger, but the older generation is also sharing their knowledge of how to enjoy that abundance and make the most of it. 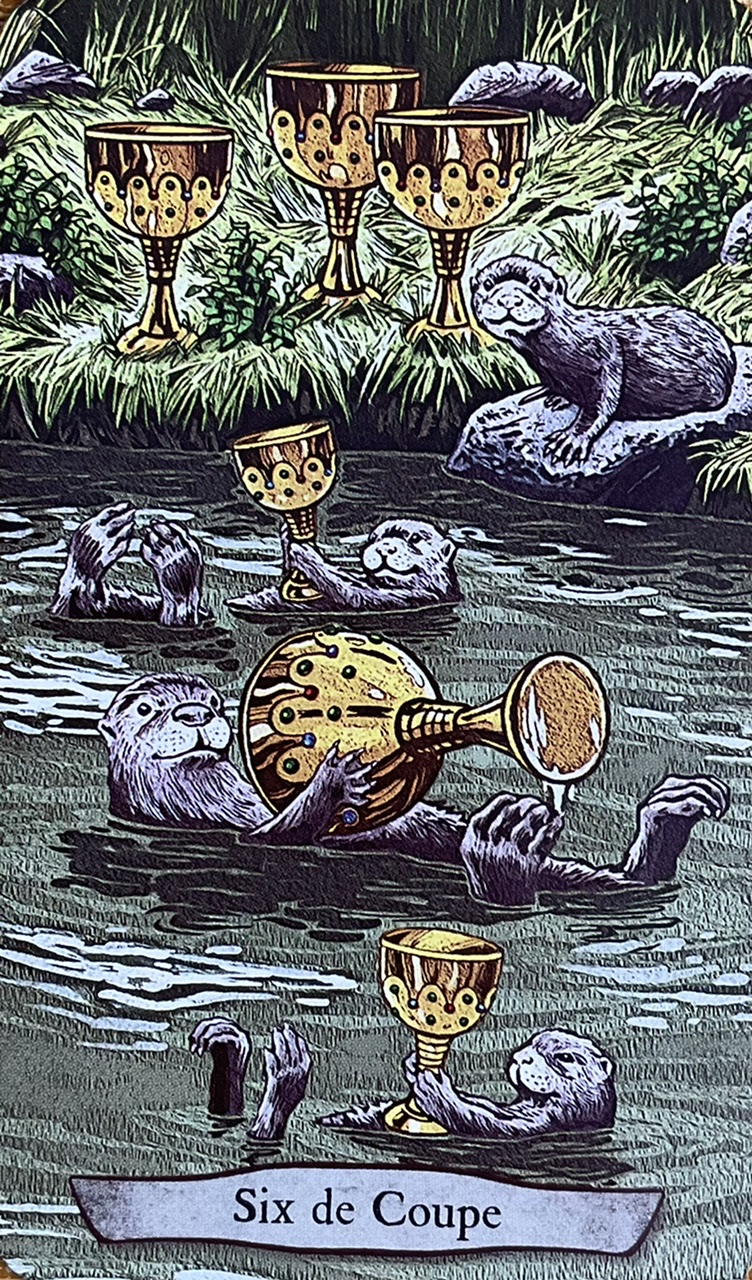 Another quick note on the Animal Totem tarot just to keep up the running screed: the only copy of the deck I could find in Europe was in French. I don't know French so I just chucked the book and focused on the cards (which is what I do usually anyway). Later, I purchased a backup copy of the deck and book in the US (because I'm so in love with it). I was kind of excited to read what the author wrote about some of the cards as I was still under the assumption that the terrible deck name was some kind of publishing mishap (I mean, it's published by Llewellyn after all). So I excitedly cracked open the book and got as far as the fourth paragraph of the introduction:

Nope. I closed the book and tossed it in the recycling. I have no idea why this deck is so incredible given the New Age garbage the author apparently intended. Kudos to Eugene Smith, I guess, for somehow pulling the rabbit out of that hat. Regardless, it currently remains my favorite deck that isn't the original RWS.