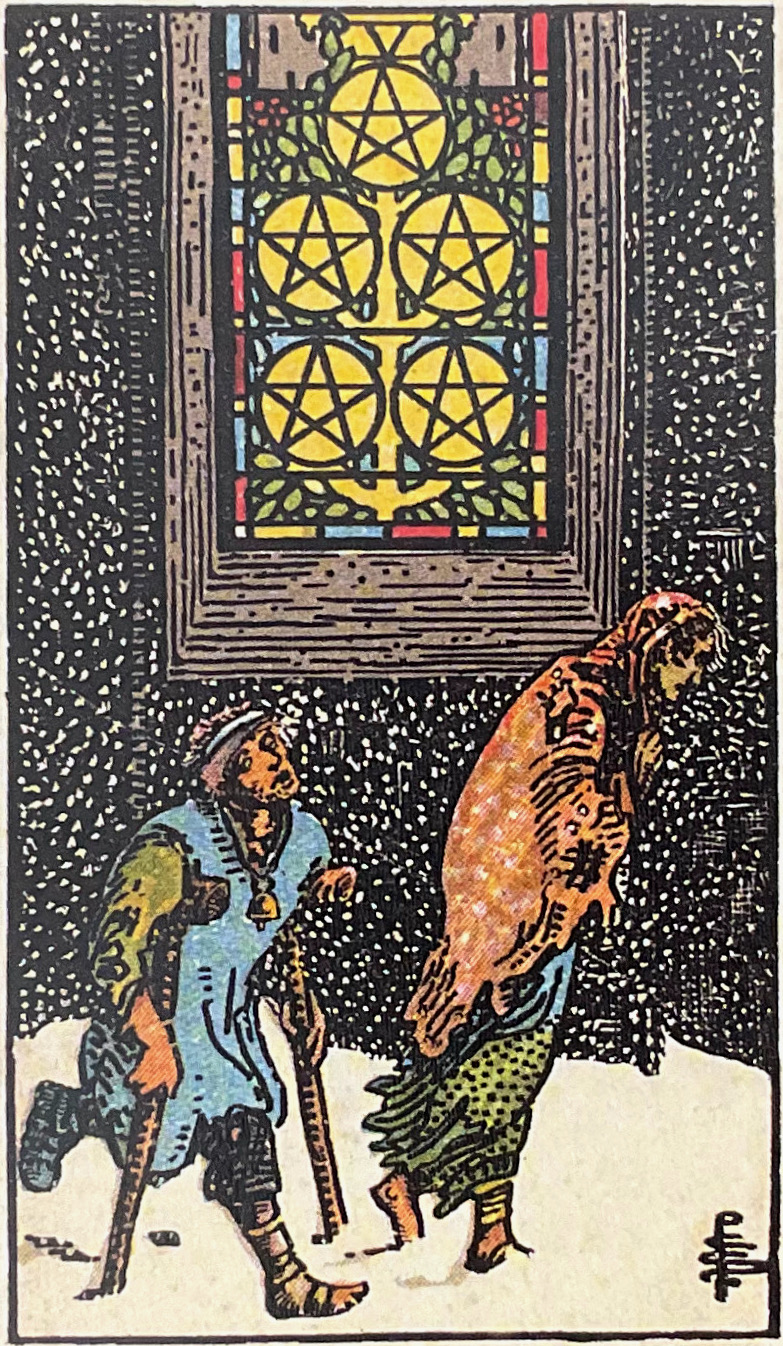 We are nearly half-way through Taurus II and I'm still trying to process what happened in Taurus I. Pamela Colman Smith's fantastic art for the V of Pentacles really captures the mess. We got very difficult family health news toward the end of Taurus I. Given the adverse health events often associated with the V of Pentacles, this all lines up pretty well.

Beyond the bad medical news, there have been a number of other things as well all sort of piling up to cause a veritable shitstorm of no good. There is learning to be had in the mess, but it's still a big fucking mess and it appears to be all over everyone, to some degree or another. Coming on the heels of the shitstorm of 2020, it all feels a bit overwhelming. 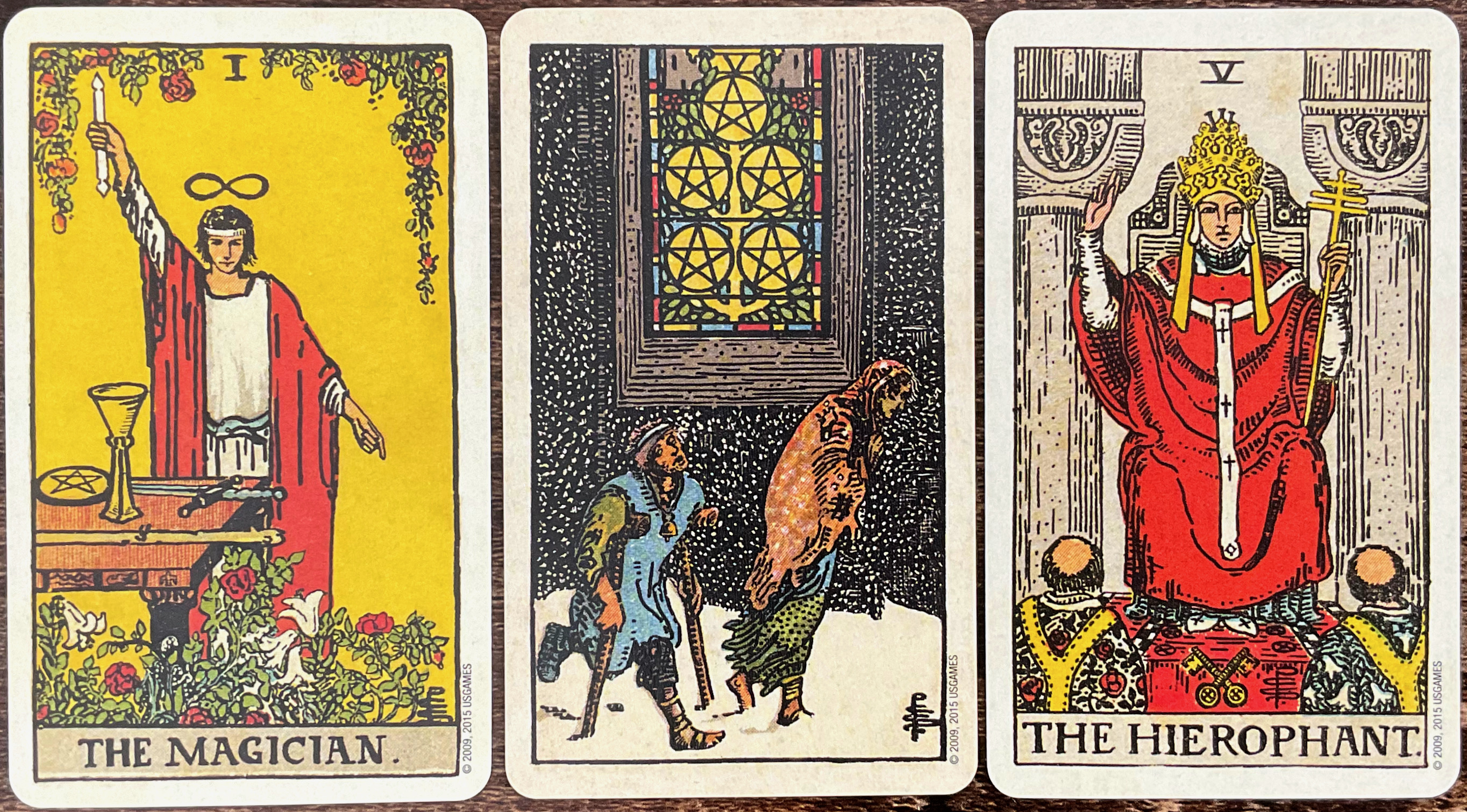 It's certainly an interesting mix. T. Susan Chang describes this decan as Sacred Doubt and I can definitely see that. The interaction between the Magician, who just figures shit out, and the Hierophant, who is given (and then shares) divine knowledge in an institutional context (the church), are basically opposite ends of the spectrum when it comes to working in the realms of the numinous.

My personal observation is that the rocks that splashed down in Taurus I are still actively creating significant ripples. There's knowledge and wisdom to be learned in the disruption, but it's making the bigger picture much harder to see. And it's all exhausting.

And because I'm lazy I'm just going to slip a Urania update into this post instead of creating a separate one, especially because the official Urania website is where all those updates go anyway.

Urania has shipped, is available to download and install for free, and is already at version 1.0.1, which fixing a number of issues found by users shortly after the launch.

Working on Urania has been an amazing antidote to the shitstorm described above.