Taurus III: You Did This 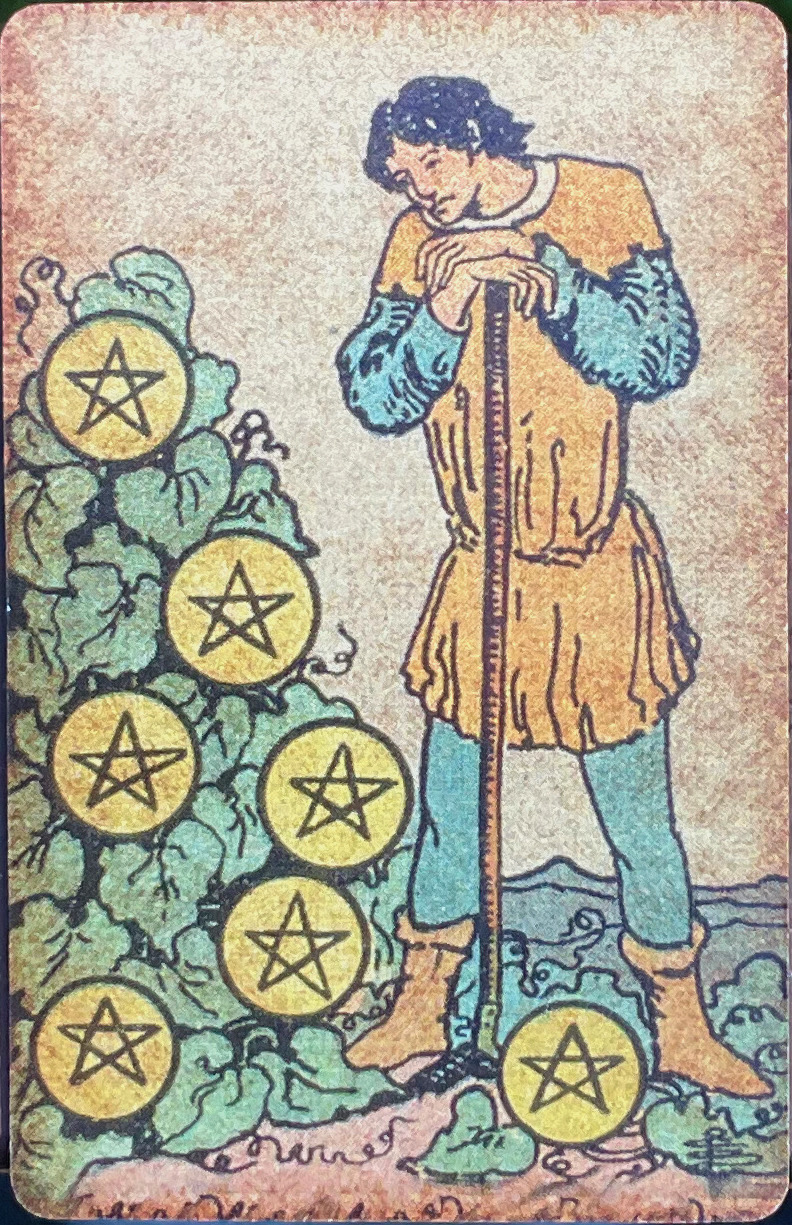 I am so comically behind on my decan posts that I just can't even. CAN'T EVEN. Actually, I can even because being late is a thing that already happened as a result of poor past-me decisions. Which brings us to the VII of Pentacles, the minor associated with the third decan of Taurus. And just to really point out the lateness here, Taurus III was from May 10th to the 20th. It's now June 1.

One of the really interesting things about doing this whole decan walk thing has been looking at the shit actually happening in my life through the lens of the astrological and tarotogical associations for each 10 day period. This decan brought a lot of lessons that I can only describe as: you did this to yourself.

The VII of Pentacles is often described as "you reap what you sew" which is just an old-school biblical way of saying "past you made some poor choices".

Or maybe, past you made some good choices and you are now reaping those sweet rewards. But usually we notice the shit that didn't go well. Maybe that's why the figure in this card looks like he's unimpressed with his harvest. He also looks hella tired. Dealing with past poor decisions is fucking tiring. 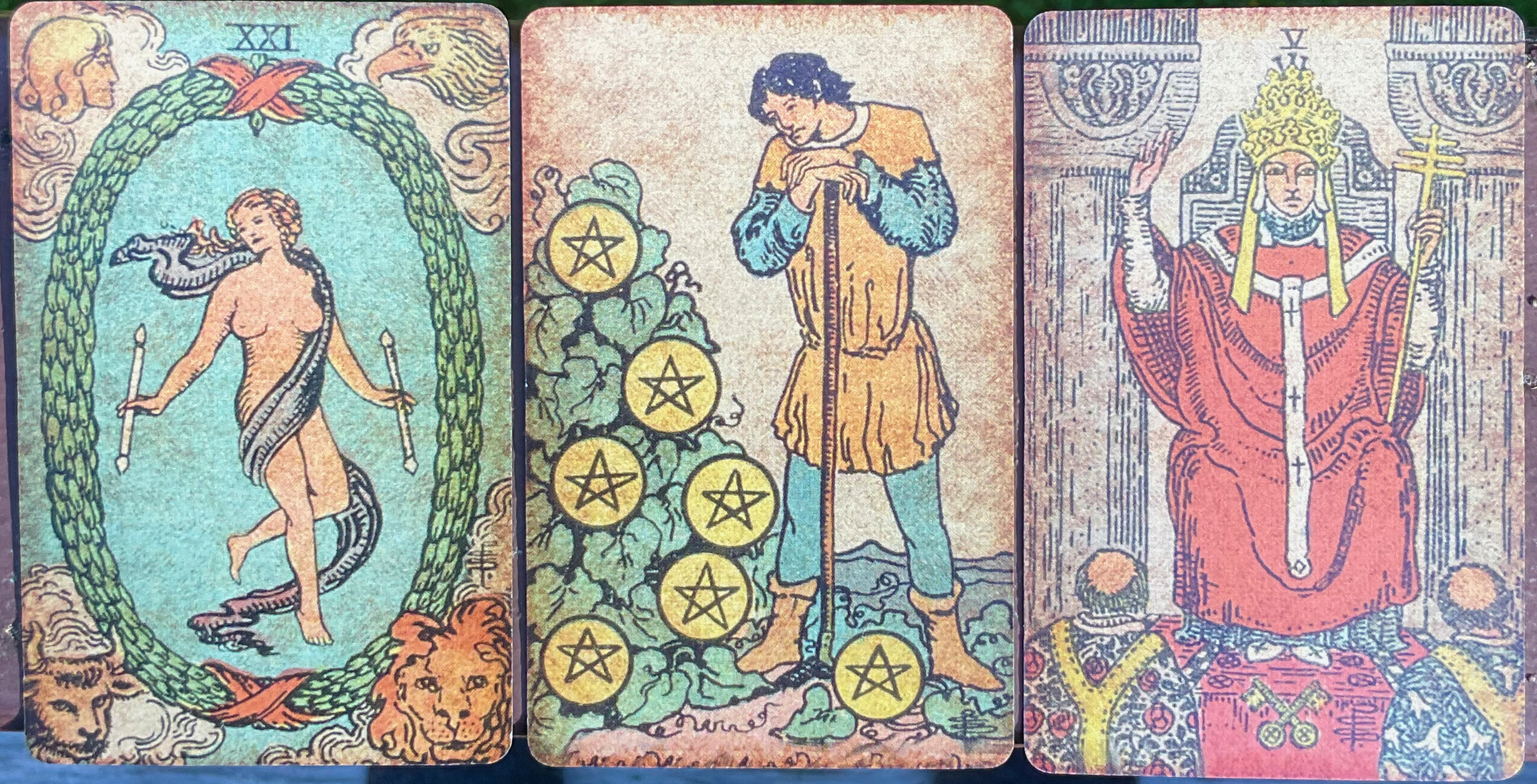 In other news, which I will hopefully look back on later as being a good decision, I'm taking a class on Hellenic magic and the worship of Hekate from the fabulous Jack Grayle over at The Blackthorne School. So far, it's fucking fantastic and a real eye-opener on some of the ways the sorcerers of old interfaced with the numinous.