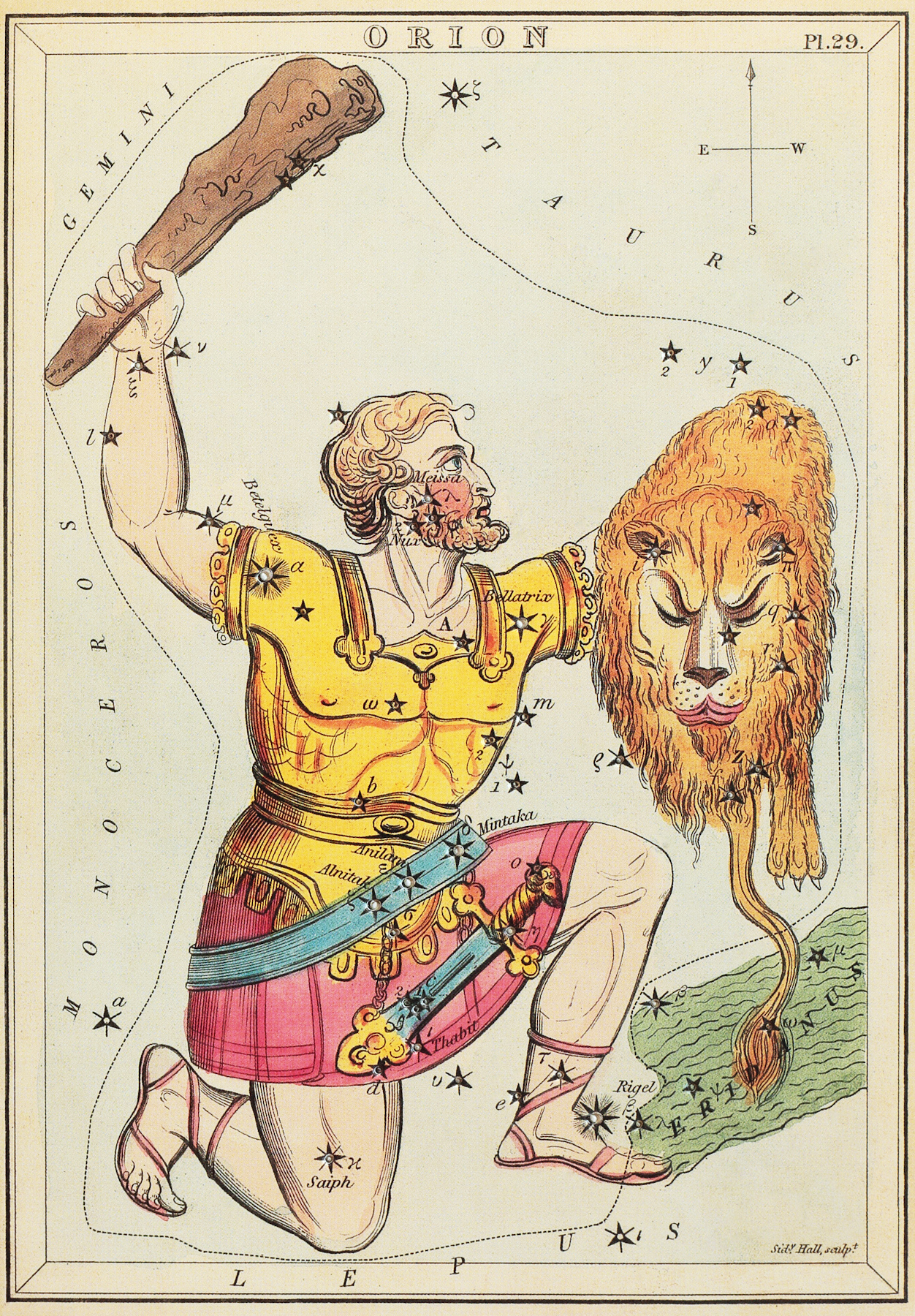 It's that time once again! Did you miss me? Of course you did.

It's a shorter update than usual, not because I don't love you, but because I don't have nearly as much to show for my work this week as I usually do. Which isn't to say I didn't work hard, it is to say that what I worked on is hard. Well, hard for me anyway. Is this all too cryptic? Well how about some pictures. 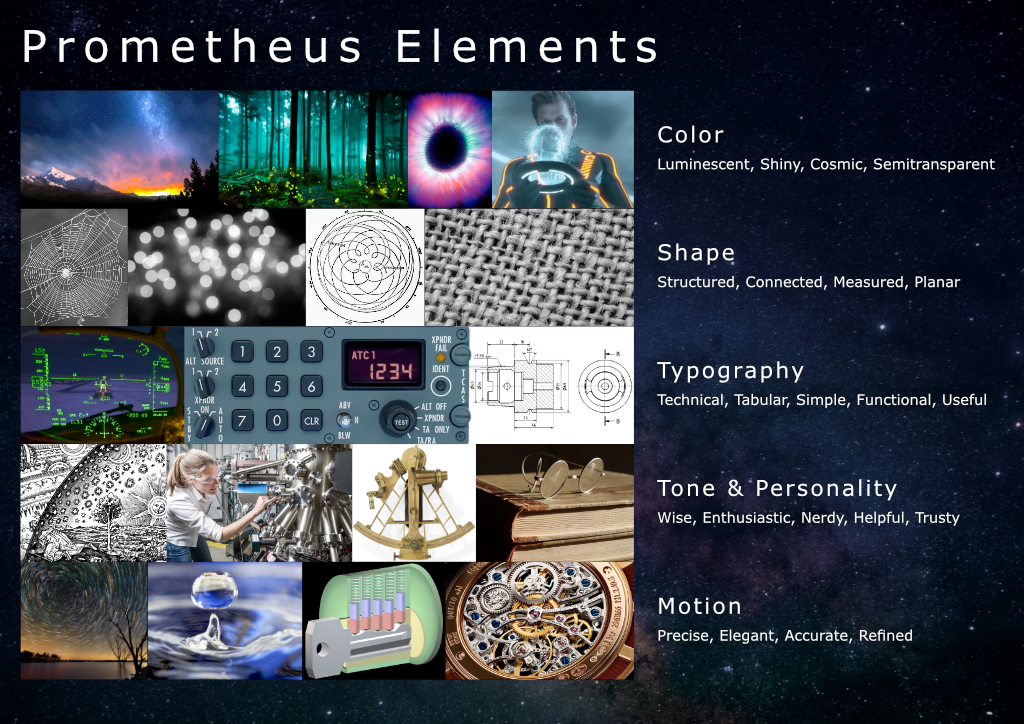 This is the Prometheus mood board. My background is not design, it is development, so doing stuff like this is outside my comfort zone. However, I have worked with so many amazing designers throughout my career (and I married one) that I've learned a few things along the way. So this week I put on my designer hat (it's colorful and has both a sunflower and a peacock feather in it) and started the process that will ultimately result in... well something that feels a lot more polished than the screen shots I've been posting so far. 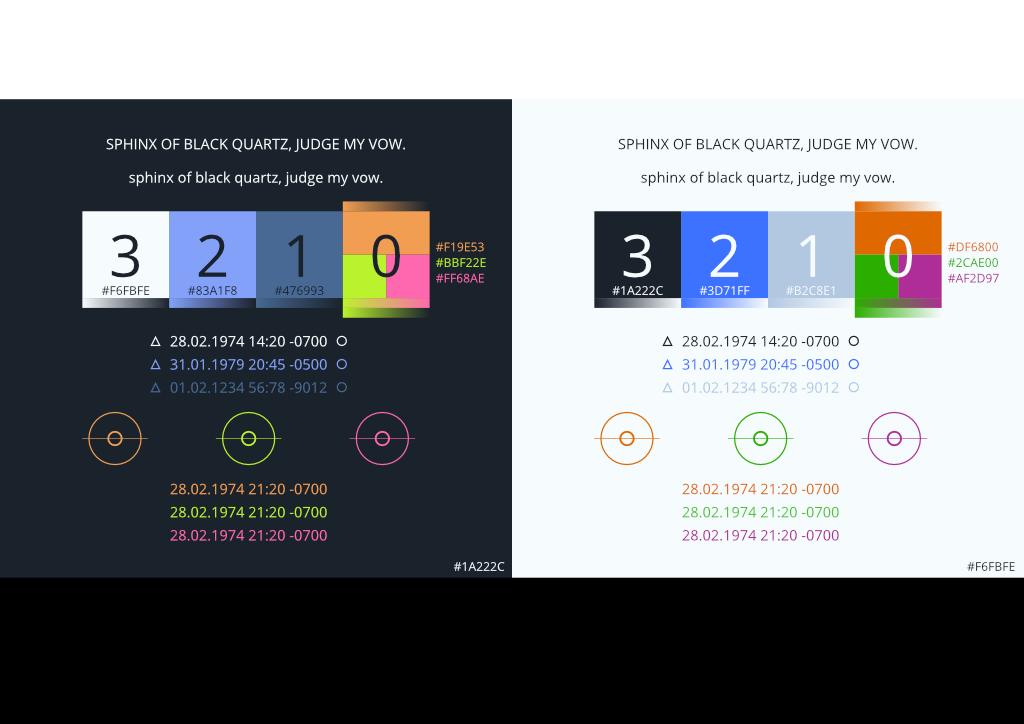 And here we have the Prometheus color study. Any (and all) of this is subject to change, but you can start to get an idea. We are narrowing in on the Prometheus look, feel, tone, identity, motion, emotion, experience, and all that good good design lovin.

There are some medium fidelity mock-ups currently in the works, which are too rough to share at this point. Be on the lookout for those next Friday. Meanwhile, I'll keep my fancy designer hat on until the job is done, or I've lost my mind! Or both!

Speaking of losing one's mind: now is a good time to not do that! I'm going to take a break from my usual sailing metaphors and instead just make a suggestion: if you have some extra time because of the pandemic, how about learning a new skill? There's a ton of services offering free online classes for just about everything you can imagine right now. Doing something with your mind and/or body provides a nice buffer between your sanity and all the negative shit on the news.

I'm not saying you shouldn't read the news. Just limit that to like 15 minutes a day or less. Enough time to figure out what is going on, then move on to something else.